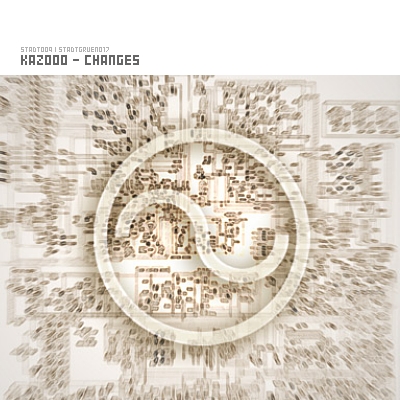 Fire, earth, water, metal, and wood? Kazooo lists five elements which he supposes to be mixed in a certain state. But the occidental view of world knows only air, fire, earth and water as parts of our doctrine of elements which is strongly connected with the doctrine of temper. Our thinking assigns colors, cardinal points, zodiac signs, numbers and much more to these elements. The basic number should be four - where does the additional element come from?

In contradiction to this even-number-adoption the oriental, especially the Chinese sight of world, has an odd-number-approach. North, east, west and south plus a fifth element: the middle. There must be a center which is able to hold the permanent changes of world in balance. This thinking assumes a circulation of ever changing, similar but never equal states of life. And it is the force of the always empty middle which prevents the world from dispersing. The western concept is linear: on step follows the previous up to an unknown future state. But the East acts circular in eternal repetition of the same.

Kazooo’s concept seems to be a combination of both. His beat-driven, loop-based, minimal approach follows a straight linear line to more and more frantic levels. He creates an expectance of escalation with each track, but he avoids the climax. In order to fulfill the listener, he is thrown into permanent repetition of his music and thus he goes round in circles. Maybe it’s a well known main feature of actual minimal music to create an open middle from which frolic agility arises. But it is an everlasting challenge to combine the best of the two hemispheres - again and again.