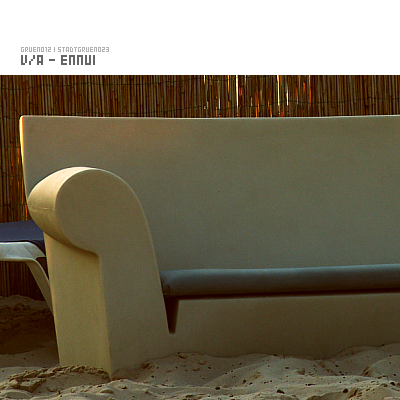 The Jollity of spring has been gone long ago and the exuberance of hot summer days has brought a plethora of thoughts and sensations to cope with. Suffering from a lack of interesting things to see, hear, or do, while beeing not in the mood of “doing nothing” we drift into a strange unbalanced mood coming from a very balanced situation: the autumnal equinox. And this transition from the active to the passive part of the year is accompanied by that affection called ‘ennui’.

There are many definitions for the originally French term ‘ennui’: “A feeling of weariness and dissatisfaction arising from a lack of interest; boredom.” or “A feeling of exhaustion, disgust; dullness and languor of spirits, arising from satiety or want of interest; tedium.” or “A mixture of listlessness and willful melancholy”. But most of these definitions emanate from the prevailing protestant labour ethics which pervade our dictionaries. In 1971 Georg Steiner wrote: “The motif I want to fix on is that of ennui. ‘Boredom’ is not an adequate translation, nor is ‘Langweile’ …; ‘la noia’ comes much nearer… Baudelaire’s use of ‘spleen’ comes closest: it conveys the kinship, the simultaneity of exasperated, vague waiting – but for what? – and of gray lassitude”.

These remarks lead us to another portrayal of ‘ennui’ as a certain mindset of the Intelligentsia in the 18th and 19th century. Being driven by the breathtaking tempo of industrial and sociological development mostly creative people had chosen this tedious mood as their refusing counterpart. This active withdraw from life as a form of protest recurred within many juvenile generations afterwards. The forms may have changed, but the habit is still the same. And it always seems to be an evidence of intelligence to rest a moment before jumping into future.