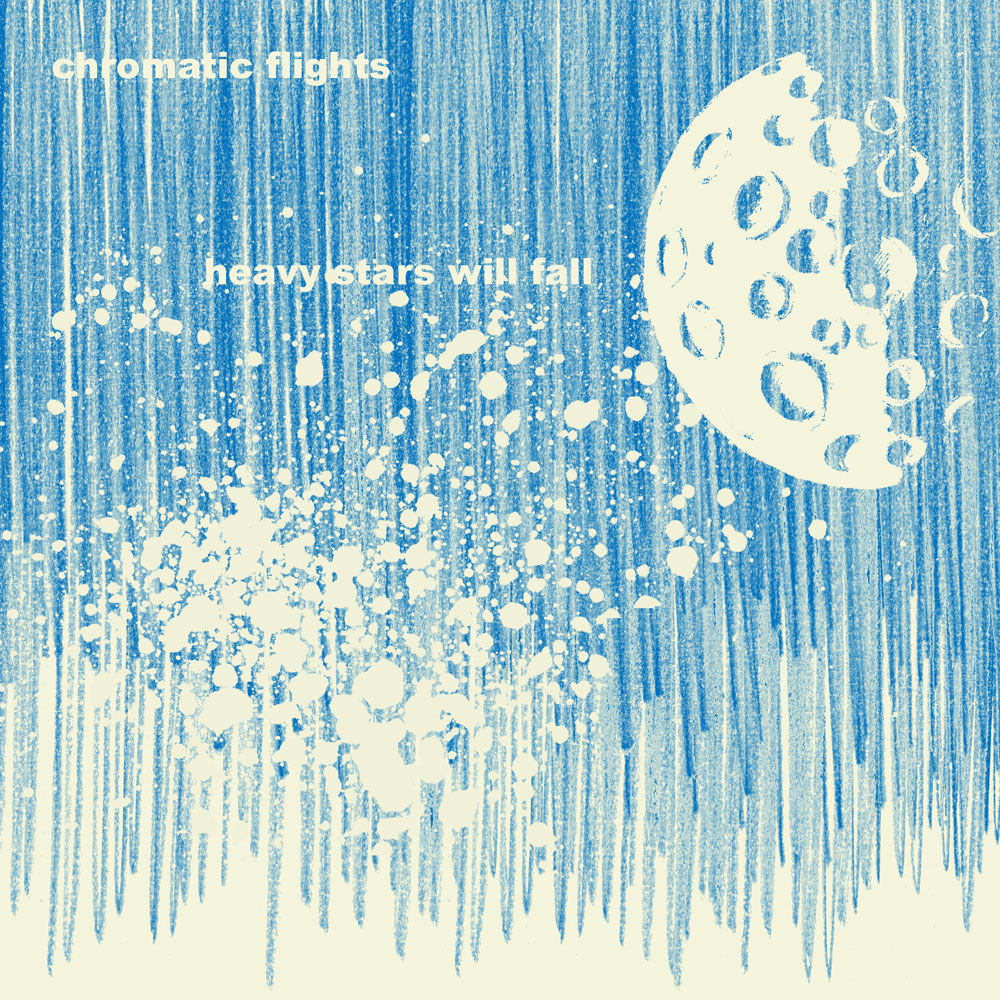 Monotonik has made it to its 200th MP3-based release (and probably somewhere over its 400th overall release, counting sublabels and .MODs), and this milestone comes in the form of Chromatic Flights’ second release for the label, ‘Heavy Stars Will Fall’.

Florida-based Kyle Wyss follows up his ‘Memories From The Audible Color Wheel’ Monotonik debut with more vaguely psychedelic, beautifully phrased idm, strangely strung out but wonderfully put together. It starts with ‘Found Glow’, all spaced out groove and smiling pauses.

Other standout tracks include ‘Fish Follow Shine’, with pulsating top notes and a strangely offkilter groove, and the echoing strange beauty of ‘Blue Supergiant’, although any of the 8 tracks can be sampled on its own for much enjoyment. A fitting release for the milestone!