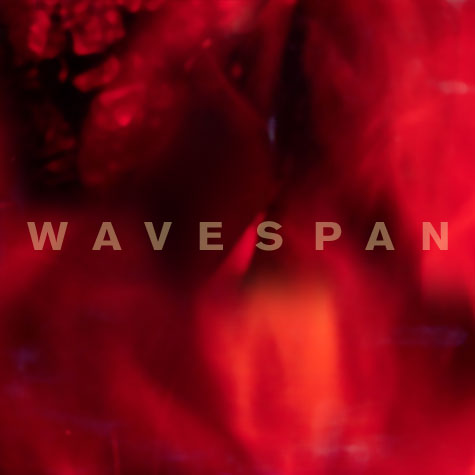 Definitely one of the classiest Monotonik releases in a while, we’re happy to slip sideways from our normal Scandinavian/European-influenced idm sound into a more ambient, sonorous, consciousness-expanded universe, thanks to Santa Cruz, California duo Wavespan, aka Phil Garrison and Alex Lumb, and their great self-titled debut LP.

Garrison started producing electronic music in 1998, and he founded Complex Logic Recordings, a small record label, in 2001. His production credits include Organic Resonance Project’s Lucid EP and several remixes as ind01e; in 2005, he designed patches for H.G. Fortune’s (VSTi) STS-21 Transition Synthesizer. Alex Lumb has been drumming for over 20 years, in addition to producing electronic music under various names. Most interestingly as a touchpoint, perhaps, this LP has been mastered by noted ambient musician Robert Rich, helping add to the carefully positioned ethereal drift.

Over the entire 49-minute LP, there are a plethora of high points, but many may be initially fascinated by a rare Monotonik-released dub track up front, in the form of the sparse ‘Concentration Dub’, before the epic 11-minute long ‘On The Nature Of Consciousness’ takes us away with almost Orb-like spoken word samples and some beautifully placed ambience. Other highlights include the mild paranoia of the JFK assassination-sampling ‘Single Bullet Theory’, the straight-ahead groove of ‘Origin Of Species’, and the marvellously placed groove of ‘Momentary Bliss’.

Overall, this is a startlingly professional album which, honestly, almost feels too good for Monotonik, but we’re delighted to release it nonetheless. If you like it, you can visit <a href=”http://www.complexlogicrecordings.com/wavespan.htm” rel=”nofollow”>Wavespan’s page on the Complex Logic site</a> and order a copy of the CD, or simply donate funds of your choice via PayPal to compensate for the more than pleasant listening experience. Hurrah.

“quite simply one of the best ambient releases on any netlabel to date.” Alex Young, Milieu

“You step into it where you may and find something different each time. Fabulous stuff.”Mark Teppo, Igloo Magazine