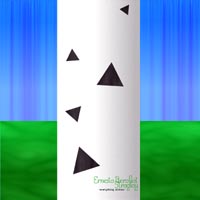 We’re delighted to welcome a return for Finnish artist Teemu Kiiskila, aka Ernesto Aeroflot, whose ‘Oll Tolk’n’ no Ding Atcheev’d’ album we released back in 2003, and who is a veteran of other netlabel releases on Commie and Kikapu under multiple aliases. This time round, he’s back with an entire album of wonderfully diverse electronics, ‘Strogloy - Everything Within’, which we’re very pleased to be putting out on Monotonik.

One of the keys to Ernesto Aeroflot’s charms, at least in our eyes, is that his music is distinctly off-kilter - it’s certainly not smooth Warp-like idm or mathematical Detroit techno, but rather carefully mis-shapen and gorgeous all the same. The lead-off track, ‘Odour Is Poison’, comes with a mighty drum rush and sci-fi movie clinking, before ‘Nick Drake’ segues into spooky, uneasy grooves and the rest of the strange album unfolds. Some of the other highlights include the squelching groove of ‘Shaky Hands’, the actually terrifying catgut yelps of ‘Scream While You’re At It’, and the dark, inspired clanks of the final track, ‘Home - The Solution’.