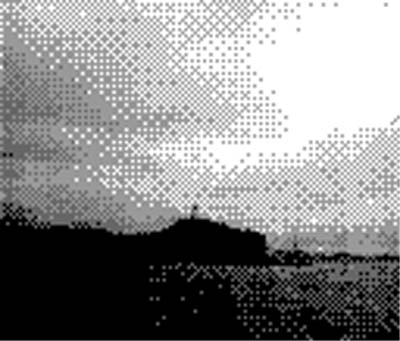 This time, a fine debut from mysterious Norwegian idm-er Coax, also known as Reflex, and with his only previous release being the ultra-obscure, self-released ‘Showcase’ CD. He helps us out on Monotonik with a first release in the form of the electro-tinged, extremely catchy, almost retro video game-like electronics of the ‘Blackened EP’ - and we thank him.

First up is the pounding, electro-happy beat of ‘1984’, all pure sinewaves and sustain, as Coax taps into the pure melodies and simple joys that have been sustaining Monotonik for, oh, five years or more now. But things get a little more twisty with ‘Byzantum’, which is practically Orbital-esque in its harpsichord and cyclical melody structures.

Moving on, ‘Shadowrun’ has more of the carefully chugging electro moves in plentiful supply, before ‘Lich’s Lullaby’ goes oddly ’80s RPG soundtrack meets Lord Of The Rings meets idmizness. Finally, ‘Something Wicked’ is, indeed, rather wicked, launching a dervish of understated, murky melodies that sound like an underwater level for an obscure Nintendo platformer. Level up!