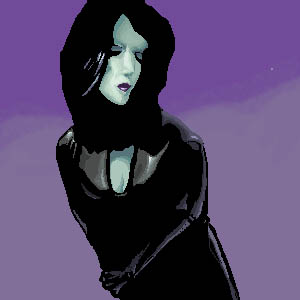 We’ve known of Finnish idm artist Tweeter for several years, stemming from his association with former Monotonik artist Substance’s .MOD label Voodoo, and have previously been delighted to release his gloriously smooth electronic stylings on the label. Now, the notoriously painstaking artist formerly known as Tweeter is called Planet Boelex, and he makes a triumphant return to us with the ‘Sinking In The Soup EP’.

So, we start this particular cauldron of delights with ‘Stuck Tight’, a gloriously direct letter of intent, showcasing the immensely smooth, pulsing groove that’s almost redolent of Luke Slater circa ‘Four-Cornered Room’. Moving on, ‘Paprikas From Deep’ commences with slinkily pulsing hi-hat, and cheekily breaks down, halfway through, before ending all together, all allied in rather beautiful complex idm. Ending up, we have, in quick succession, ‘Rear Entrance Technology’, a gloriously ambiguous title for a very funky idm gadabout, the long, sustained build of ‘Swamp Gas’, and finally, the credits screen roll of ‘Swamp Gas Pt.2 (Outro)’, all Blade Runner shimmer in the twilight, and a fitting finale.