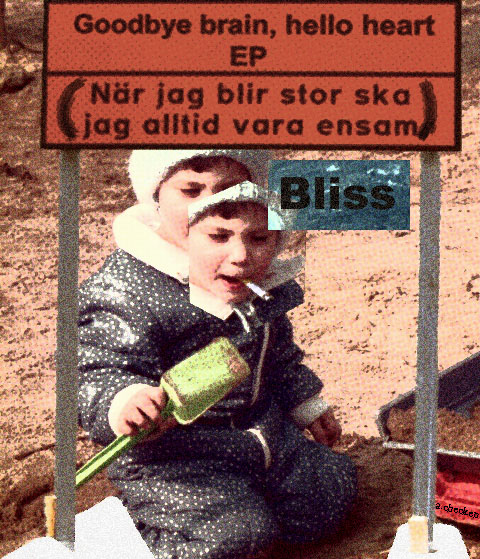 We’re absolutely delighted to put out a third release from Swedish electronic artist Bliss, aka Henrik Jose, over a year after his well-received »It’s Not The Sweetness…« EP. Since then, he’s collaborated with music video directors Pleix (Basement Jaxx, Plaid, Futureshock) on an experimental video, while continuing to work on new material, but shines out his late 2003 vintage in ‘Goodbye Brain, Hello Heart EP’, a shimmering block of entirely instrumental sound produced in his Lund studio with a glorious melange of live instruments and synthesizers.

Thus, eschewing the vocals that sometimes characterize the Bliss-ful sound, ‘You Have Something In Your Scowl’ shows a more contemplative side, almost supernaturally languid in its sound submerging, before we slide into ‘Things Will Eventually Make Sense’ and the beautiful drums mix into the complex melodies, as things start to crystallize. And, indeed, they’re fully crystallized by ‘Time Time Time’, the final track, which builds up an almost robotic Spiritualized, only with the Church Of Robot Wisdom substituted for gospel influences, and Chapterhouse switched in for long-dead bluesmen.And we greet the heart, and the brain recedes, and the curtain falls. Amen.