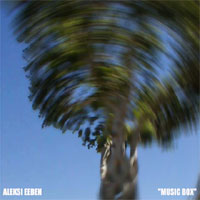 After releasing a pseudonymous EP from Finland’s Aleksi Eeben a few months ago, we kept an eye on his work further, only to discover the amazing Commodore 64 work he’s been doing with his self-coded John Player, which brings a ‘tracker’-style interface to bear on the C64. And if you’re wondering who this Aleksi fellow is and where he came from - well, as Heatbeat of the infamous CNCD, he was regularly voted one of the best ever Amiga .MOD composers back in the early ’90s.

So, given a few years, and a platform move backwards this time round, heh, Aleksi’s work just keeps getting better. This selection of 7 .MP3 conversions, were specially ripped for Monotonik from the Commodore 64 “Music Box” music-disc series which have been released over the past 3 or 4 months, and which would otherwise be far too obscure for anyone’s good.