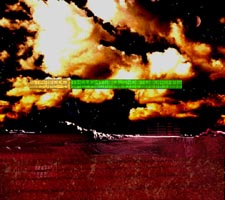 More vital links back to the oldskool Mono connection, with this remix. The original track (as yet unreleased?) was done by Maleek, aka Starmode, a Dutch citizen of Moroccan descent who’s affiliated with the infamous+obscure Mortimer Twang + Disciples of Ageema organisation.

But the remix was performed by Zyad, a Finnish musician who’s released stuff on Mono since way back in the .MOD days - this is actually his first release on Monotonik since 1998 (or is it? heehee.)

Anyhow, “TBTD (Zyad’s Magic Carp Ride)” is a beautifully washed-out piece of perma-sustain echolocation, with the original, slightly harder electro-influenced track having watercolors splashed all over it, softening lines and chilling out even the hardiest observers. Beat the pre-Xmas chill with a magic carp ride?