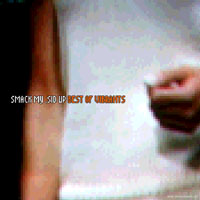 Finally here, and the first non-.MP3/.MOD release on Monotonik, we’re very proud to present an officially sanctioned compilation with the creator-picked best of the .SID (Commodore 64) tunes from the legendary Vibrants crew.

Even for those of you who weren’t C64-owners or fans, know this - Vibrants are a Danish crew who were formed back in 1987 and number some of the biggest composers in Commodore 64 history, including Laxity and Drax (both also members of the fabled Maniacs Of Noise), Metal and JCH. Collectively, they’re one of the few providers of non-videogame .SIDs to make it into the High Voltage .SIDs all-time Top 100.

Anyhow, we asked the Vibrants guys themselves to come up with a definitive album-sized collection, and here it is - 16 totallyamazing tracks spanning almost 10 years. So whether it’s the opening phunk of Laxity’s “Syncopated”, the lush tempos of JCH’s “Chordian”, the cosmic groove of Metal’s “Fusion”, or the soaring melodies of Drax’s “Scarlet”, you’re pretty much sorted for .SIDs and whizz..

So, hopefully this compilation really shows off why there’s recently been a custom synth (the SIDStation) built around the SID chip, and Zombie Nation could simply sample a David Whittaker .SID-based tune and have a gigantic hit record with it (“Kernkraft 400”). SID’s back, baby, if, indeed, it had ever been away..

[NB:these files are in their original Commodore 64 .SID format, which means that you’ll need to download a custom player. We recommend SidPlayW for Windows, but go to the SidPlay multiformat download page for Amiga/Mac/Linux/etc. solutions!]