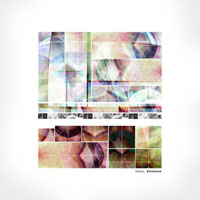 Long-awaited, here’s the full (and final!) album from UK artist Binary. Following critical acclaim for his 12” on UK label Planet Noisebox, “The Music Of Sound”, constructed entirely out of noises from household objects, and the subsequent CD “Brick Wall Music”, he elected to stop releasing music altogether, and donated this album to Monotonik for a freely spreadable release online…

As a result, you get quite a lot for your money - since you pay.. no money. From the lead-off “Vienna Gigolo”, which sets the tone by nimbly cutting up the sine-waved purity of synth trills with some intricately simple electro drum breaks, this lo-fi mofo of a release blends simple Kraftwerk-ian thrills with a SID chip-ish oldskool-videogame electro stylee, as evidenced by track-names such as “Ivor Commodore” and “Last Night Rob Hubbard Saved My Life”. Mm, Rob Hubbard.

So, whether it be the continuation of the “Ballad Of Pam And Tommy” saga from his last CD (replete with samples from the Anderson-Lee home-video extraganza, still?), or the lazy vs. sharp chordsnarechordsnare looping of “More Monday Then Usual”, Binary passes all sound exams with flying colors. And if you want to return to a time when dinosaurs (with 64k of RAM) ruled the globe, “Binatone” is the perfect way to do it.