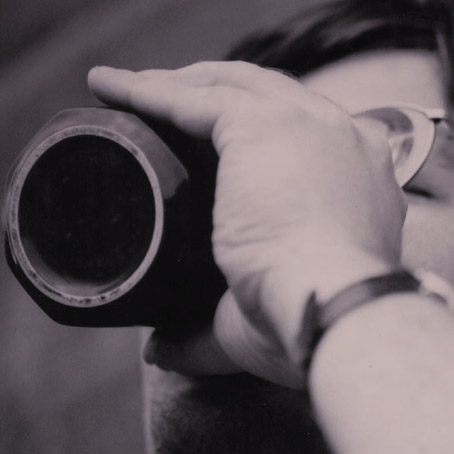 A little more unexpectedness, perhaps, in the form of this rather immaculate release from Vom. And who, exactly, might he be? Well, Vom is the drone-rock-noise alter-ego of UK Monotonik artist Vim!.. So rest assured, we haven’t mis-spelt anything, it’s just the usual Monotonik noise, but from an unusual angle.. and with double helpings of static.

And how to describe this release? Well.. it’s a trip. We travel from the serene ambience of ages, through the pixelated crowd, straight on through the unearthly, all the way to the ridiculous (yes, there’s Billy Ray hanging about in the mix there, albeit hideously injured..) Be aware that some of the sonic booms at about 04.55 (and again a little later.. and a bit later.. and later still..) may permanently damage your ability to listen to Elton John. Oh, and watch out for those seagulls, won’t you?