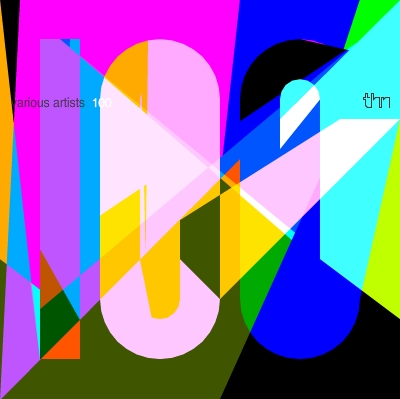 Obviously reaching the century mark in any endeavor is a milestone and is cause for celebration. In the case of netlabel Thinner, it’s release number 100 and this calls for a compilation to celebrate this special occasion. And there’s another reason to celebrate - the compilation also marks the relaunch of the Thinner netlabel. So here’s an opportunity to hear an aural digest of Thinner’s past and present and to have a glimpse into it’s future. A most fitting way to bring this year to a close and serve as an impetus for the new year.

Simply titled “100”, the compilation brings together thirteen artists who exemplify the Thinner sound. Many of the contributors are renown Thinner artists and/or have strong associations with the label, and several artists have only recently made their first appearance on the Thinner. Whether established or new, each of these artists does his part in epitomizing what Thinner music is all about while, at the same time, etching themselves into the minds of the listeners as they dish out an assortment of top-notch electronic music embodying such genres as dub (and its many dub-inspired manifestations), minimal house, minimal techno, and unique fusions of dub, house, and techno. An assortment of ambiances are to be found here ranging from laidback lounge to dance-floor friendly.

Veer gets the album off to a modish start with some classic dub that includes spoken word and vocals. Calming things down with some slow-moving, bass-laden, atmospheres, Daniel Blomqvist presents his experimental take on the traditional dub sound. Tracks 3 - 6 show Thinner’s more minimal techno side not only with contributions by veteran Thinner artists Unit 21 and Benfay but also a collaboration between Jason Corder and Pheek working together as Social System and new face to the Thinner roster, one Daniel Herrmann performing as Trace, who dishes out some strong vocal-laden techno.

Sensual Physics sets the mood for tracks 7 - 11 which delve heavily into the minimal/deep house sound featuring well known artists Brian Kage, Epsilonlab label founder Eloi Brunelle, and Das Kraftfuttermischwerk not to mention a track from the mysterious recent Thinner newcomer Laura Palmer. As “100” nears its conclusion, Off the Sky and Gyges present a rather unclassifiable track of crunchy, laidback experimental environments before the album makes full circle and transitions back to the signature Thinner sound of the beginning with a closing piece by Deluge who has composed a beautiful track of organic dub accentuated with acoustic samples.

So celebrate along with Thinner as it reaches a new landmark in it’s existence by downloading “100” and immerse yourself in the Thinner experience.