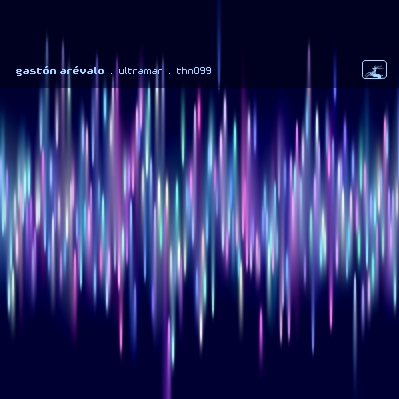 Inspired by his aesthetic appeal for nature, topography, oceans, and “the algorithmic forms of plants, trees, and green landscapes”, Gastón describes his four-track “Ultramar” EP as an expression of his passion for translating visual panoramas and climates “into a digital environment in the form of music” constructed from “impregnated rhythms of noises and organic sounds.”

Listening to “Ultramar” will reveal a rich, encompassing ambiance blending melodies played on conventional instruments with crisp grooves, saturated with ambient moods, and infused with minimal dub and electroacoustic influences. Each track renders a visual scene into the figurative language of music: “Ultramar” emulates a seascape of wind and waves while “Gourmet” carries with it the laidback atmosphere of an urban lounge setting. “Verona” delivers a spring-like vigor teasing the mind with images of leafing trees and rain-fed streams, and “Cinema” continues the organic theme being an edgy, grayish song - an audio portent of an immanent summer thunder-shower with billowing clouds and darkening skies.