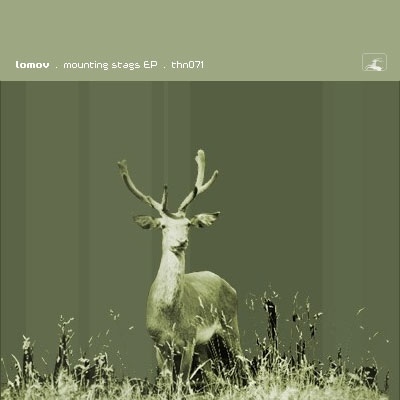 Besides more ambient oriented releases like ‘Holzwege’ I always have worked on different, more rhythm determined styles. In summer 2004 I have started a project, that reflects the lazy, laid-back behaviour of end summer afternoon hours, feeling a little bit introspective and melancholic. But I consider melancholy not as a malady, more than a preliminary starting point.

The popular copperplate engraving of Albrecht Dürer “Melencholia I” e.g. shows a motionless, sitting angel amidst of several tools. I always have been fascinated from her view: through half closed eyes she seems to look somewhere beyond the horizon, trying to merge all the thoughts going around the head in one vision. Aristotle described melancholy as the temper of genius men always close to madness. Other people perceive those men as lazy, but they work inwardly, attempting to understand the blueprint of the labyrinth of life. And at a glance an ephemeral vision can appear, things get their right interrelation and the “Melencholia” is back in the know, ready to start action.

In my project I wanted to personalize different melancholic mindsets, similar but never the same. Thus Mr. HanuSen, Mr McFly, and Mr DonFamato were born to help me as my imaginary advisors. One is more dynamic, the other retentive, or only observant, but always with that temporising, adagio temper, which is the prerequisite for a lusty kick. Just like Dürer’s angel who looks like being on the jump at any time.

‘Kind of pale’ is an atmospheric tribute to my favourite jazz release ‘Kind of Blue’ by Miles Davis. Pale is no colour, just as little as blue in this sense. As colour of endless space and unreachable deepness blue has been the symbol of otherworldliness from the time of the romantics till the modal elusiveness of the ‘blue notes’. For an actual electronic musician maybe the colour has changed into the shades of a the pale sun when thick air makes light tangible as manifestation of the unimaginable. And maybe a deeper insight appears that there is only one world.

Throughout all the electronic music genres it’s mostly dub, which is able to catch this picture. With endless reverberations and delayed echoes it scratches the horizon of our melancholic attitude. Knowing that we cannot expand that sweet moment when we are driving a car, motionless but moved, we learn to realize that our being is determined by only minimal variations (‘Kynon’).

And actual, the definition of dub music is close connected with the label that shows in its logo a backward oriented, mounting stag.