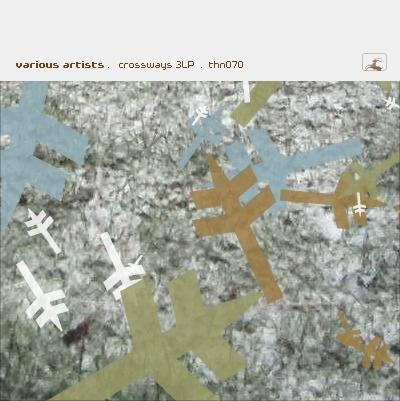 Initially the motivation behind our new compilation was to build a sequel to the 2003 ‘Silent Season Dub’ compilation – to blend warm ambient with minimal dub concepts. But during the phasis of collecting tracks we figured that this compi- lation will turn out more experimental, more rough than than the reference. So we decided to put things into a new context, that would either underline the variety of concepts but also stand for each artists own formular of sound: ‘Crossways’.

Herein, electronic music with rather minimal rhythmpatterns are crossed with spheric ambience, in different moods, different slopes and different colours. The listener is able to find warm ambient pieces like ‘Warm Night Lullaby’ by Transient or more dubbed out ambience with Zen Savauges ‘Sunken Streetlights’. You can lose yourself in the organic cycles of Boris Heizmann’s ‘Azure’ or drift along with ‘Scrap of Truth’ by Selffish. But If you feel like enjoying some darker felt material then you’d like to explore the realms of Sgnl_Fltr’s chamber dub in ‘All Form’ by or listening to the crickets resting in Kenneth Kirschner’s ‘June 8, 2003 (excerpt)’. Generally said, if you’re interested in the contemporary minimal electronics of 2005 you’ll definately find the one or other piece within this compilation that will suit you fine.

As the music crosses the flash artwork of this releases does so, too – if you reload the page you’ll figure changing background pictures of the cover artwork. The pictures were taken in several countries where Joerg (Digitalverein) has performed in a Thinner context. Note that this compilation is split into 3 parts, each part about 60 minutes of length. If you want to enjoy the compilation mixed then you can down- load the Crossways Mix by Selffish.