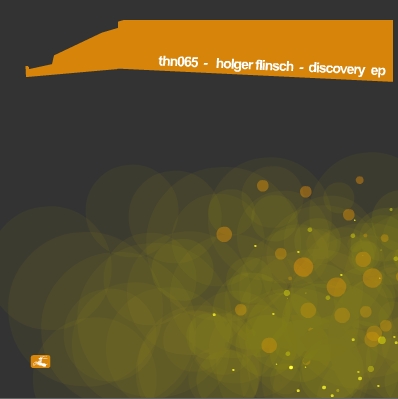 After his March release on Thinner, his ambient Album on Realaudio and the recent 12 for Tongut, Holger Flinsch strikes back on Thinner with a new EP full of tough kicking raw Frankfurt dubtech. For those who are not familiar with this artist yet, Holger Flinsch has been releasing on all relevant labels from the Frankfurt area, such as Mikrolux (The sublabel of Elektrolux), Phono Elements and of course Punkt Musik, Choke and his own imprint Basalt.

The Discovery EP is less dubby than the earlier release and more of a fantastic journey through darker dubtech tunnels. The opener Mavadoo is a journey through a forest crowded by elves and swamps that glitter within the moonlight. Fandango is a minimal, yet tightly packed mover that is later on surrounded by bittersweet subtle IDM-y strings. Lagoon manages to construct and de-construct the floor at the same time, while Pole is the hit on this EP with its reminiscences to 1998 monotone club tech.