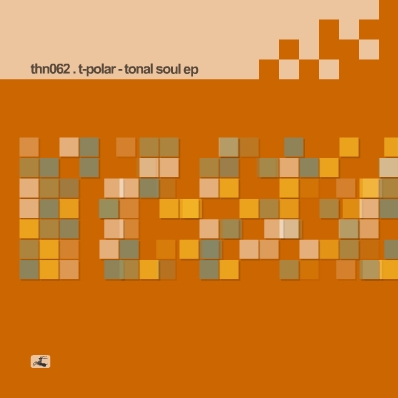 2004 has been the most prolific year of Belfasts’ Gary Spence aka T-Polar so far – something set him on fire, and we’re proud to be part of it. His releases on Morris Audio Citysport and the Substatic Sublabel Karloff, aswell as the incredible “Boobcube EP” on Epsilonlab set new benchmarks in terms of versatility within the more minimal settings of Housemusic.

The starter “Global Animal Dub” starts with glassy pads and mincing percussions. Within 2 minutes T-Polar manages to create a totally mixed up setting that carries elements from 80’s Chicago funk, late night essential deephouse and top-recent minimal house tendencies, all somehow mixed and splattered, but also somehow so much arranged precisely. “Slugs” is a flat mystic minimal tunnel of splitting beats, twisted voices and shattered, twirling effects that are set on run-stop-restore. The title cut “Tonal Soul” comes up with a warm detroity pad we’ve been all waiting for, passed-out voices within a bed of microfunk textures and shifting percussive portions and a static doodling bassline. Again everything so unusual and on first sight so chaotic, but in between timeless seductive in it’s sensuality. “Wracket Shield Fleet” is a hymn that underlines everything this EP is about with damped unfolding groovey basslines over bleepy chiptune (!) spots and silly voices snippets. A very strange, but immensely initimate melange of pixeled house stabs and deep filtered funk shiftings, that leave the listener with a big exclamation mark to watch out for the next releases of this guy.