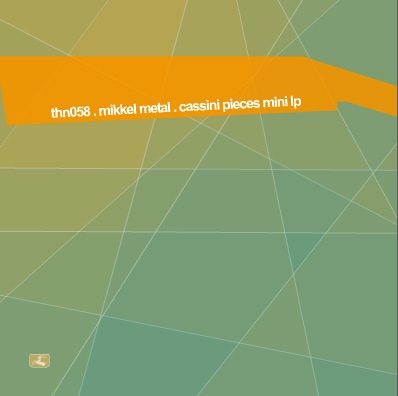 Mikkel Metal aka Mikkel Meldgaard was born in 1973 in Horsens, Denmark and currently lives in the Capital, Copenhagen. Mikkel completed a degree in Philosophy at the University of Copenhagen in 2001, and today works with web programming and multimedia, besides making music.

Music has ever played a big role in Mikkel’s life, as he’s been a guitarist in one of the earliest noise-rock bands in Aarhus, Jutland. Equally interested in the introspective sound of the British shoe gazer-scene (e.g. Ride, My Bloody Valentine) and the looser low-fi aesthetic of some American bands (e.g. Pavement, Swirlies) Mikkel was fairly active and tried out several band-constellations over a period of years. However, after developing interest in electronic music, Mikkel quickly changed his musical direction. A sampler was bought and soon he started experimenting.

The first result was a charming 7’’ on the Danish label HAL9000 in 2000 , which was at the very top of the De:Bug’ magazines chart (#42). This one got followed up by further releases on the Danish label Echocord, which were very well received within the electronic scene. Parallel to this, and taking a slightly different path, Mikkel has issued work to German label Kompakt.

So far this has thrown off two 12’ inches. Still continuing click-aesthetic and dub-influence, the beat on these works is more 4/4-based, and the production is not quite as dark and lo-fi. Mikkels release on Thinner - “Cassini Pieces” - assembles music that was produced between 2001-2003. It is a nice showcase of earlier works and his production aesthetics. It’s obvious how homogenous these works are, as they all move within the same approach to electronic dub.

Especially “Solko” is not a track, it’s a song that perfectly reflects Mikkels skills as songwriter. Other tracks, such as “Third” and “Abank” slowly move ahead with crisp effects and glittering delays. The Off The Sky remix of “Solko” carefully decrumbs the original song, to give it an enlightening touch with the warm pads and sonar beeps. Lufth remixes “Third” in very melting way, where the clean original song liquidly floats by. The energetic minimal “Pheno” is slowed down by krill.minima, who applies the wah-wah on a rather downbeaty construction. Finally, Theodor Zox warms up for his upcoming Thinner EP, by transforming the gentle “Abank” into an advanced cracking minimalhouse burner.