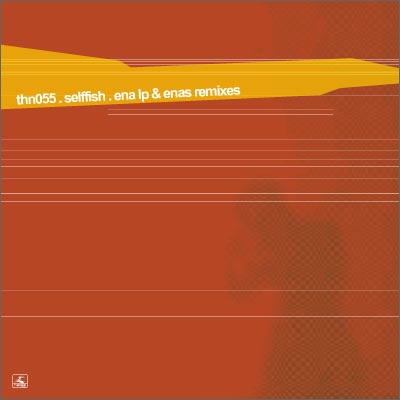 After three busy years with several EPs, Remixes and Compilation Tracks for Thinner it was more than about time to present the native German, but Swiss residing Thinner-Allstar Benfay within an Album context. And with One Touch Button Music he presents a heart-shaped box that contains twelve pralines of electronic music ranging through many styles.

Having studied the double-bass at the College of Music in Berne, Benfay is an open-minded character who transposes the many different influences of the electronic / acoustic music fields hes working in within his many projects by using his unique clean and crisp production skills. Benfays sound is established on Thinner - he doesnt hide behind samples, his education in composition is obvious by the flowery melodies his tracks use to have.

One Touch Button Music is everything else but simple, from what the title might imply it is a collection of thoughtful compositions that range between mellow Ambient spheres within a lounge character and thoughtfully developed Minimalhouse anthems. The album is divided in two parts Tracks 1-6 represent Benfays vigorous Minimalhouse side, the songs 7-12 unfold a mellow, idyllic Ambient/Lounge enviroment.

The journey starts with Kingfish a perfect opener with killer bassline and carefully unleashing beats. Bluestone is a wet cycling Minimalhouse spring track with magic forest atmospheres. Oak keeps on shifting the breathing pad with the clever beat programming, while Warm Home is one of those unique-Benfay burners, that devastates the floor with its firework of cut-off chords and Gwendolyns charming voice environments. Mellow, very mellow and somewhat beautiful with the everlasting floater Segelflieger, Benfay drifts into warmer patches of sunset-sounds that is made to perfection with the summer roller Flussbett that is twisting and turning with blissful chords, tender breathes and catching grooves. With Elfenblond Benfay starts the pearl diving by deep diving into an infinite ocean of cool organic Ambient/Lounge pearls, to stop by The Carribean Bar to hear what happened with Jack And Jill … Rain, toll grass, an old couple on a bench, enjoying each others accompany … and restlessly climbing nearby, somewhere in the swiss mountains Benfay.