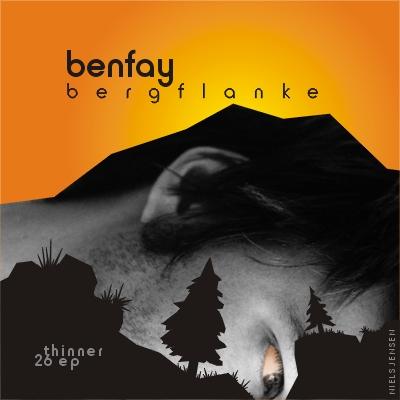 Thinners, by downloading his four new tracks you might think that this EP should have been released when the first sunspots strike down on earth again. On way behalf, just feel confortable with the Bergflanke EP, the upbuilding chords and slackish percussioners on “Bluegill” definately light something inside your still frozen body. The other cuts, “Fahrschule”, “Bergflanke” and “Mohawk” are a bit older, and sound more “classy” in arrangement. Unlike the previous, more harsher Benfay releases on Thinner this time he focuses more on harmonies and minimal drive, made to perfection and combining floor appeal on “Bergflanke” plus “Mohawk” with deeper pushin minimal cutoff chords.