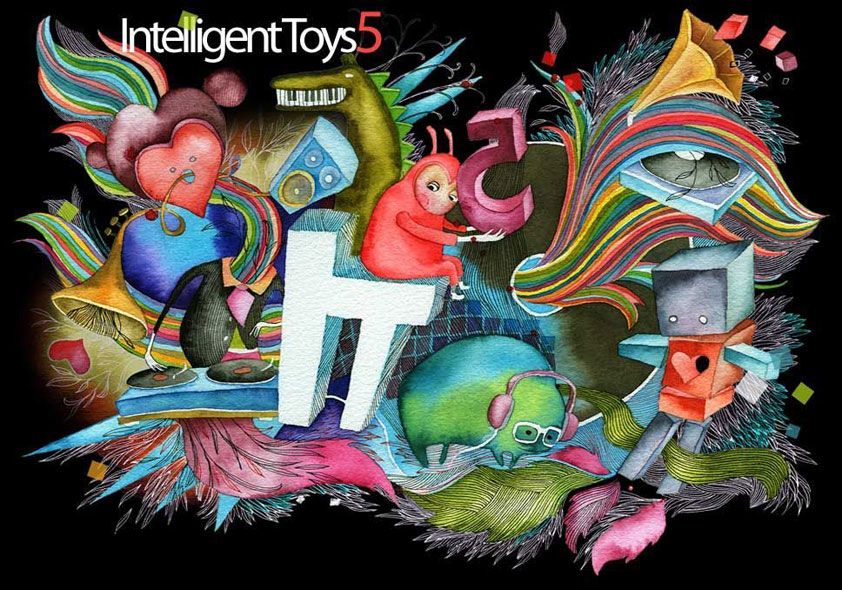 After releasing the second volume of Intelligent Toys series we said to ourselves that it is probably the last one in the series. Just because we thought that it is impossible to beat the quality we have created ourselves. And after that we released third volume. Fourth volume wasn’t long to come. And every time we thought the same. Although not all of them were better than previous ones (for some of our fans first volume still remains the best).

So it‘s no surprise that this time we also think that it is impossible to make a better compilation. As the matter of fact we aren‘t sure about the sixth volume. The reason still remains the same. But this time we have prepared even three hours of various music. As usual we offer you to download all of our intelligent toys and pick the ones that best fit your mood, taste and weather outside your window.

It still remains a mystery for the artists, journalists and for some of our listeners how Sutemos manage to gather so many famous electronic music artists and give their music away FOR FREE. Fifth volume of Intelligent Toys is featuring 39 tracks which were selected from more than 100 pretenders. As the matter of fact we can create couple of awesome compilations from everything that is left. This time we serve you probably the biggest number of highly acclaimed artists that aren‘t collaborating with any of the net labels and who thought that giving their music away for free is stupid. Until now.

In this volume you will hear famous German artist AGF which recently produced Ellen Alien‘s “Sool” album. We are also delighted that Ulrich Schnauss – an artist has agreed to share his track with you. As usual we just can‘t help inviting our own, Lithuanian artists – Leon Somov, Few Nolder and IJO. We hope that you will also enjoy Yagya – a cute dub techno celebrity from distant Iceland, crazy Funckarma brothers (it seems that they just can‘t stop making music – 7 different monikers and more than 10 albums in their discography) and intelligent Finnish composer – Vladislav Delay.

This time we also decided to add bonus to our pure Lithuanian virtual gallery – you can download a music video of Sleepy Town Manufacture‘s “O Nei” track. This music video was made by no_joy whose art has already because a solid part of our releases. It took more than three months to draw everything by hand and turn to animate it.