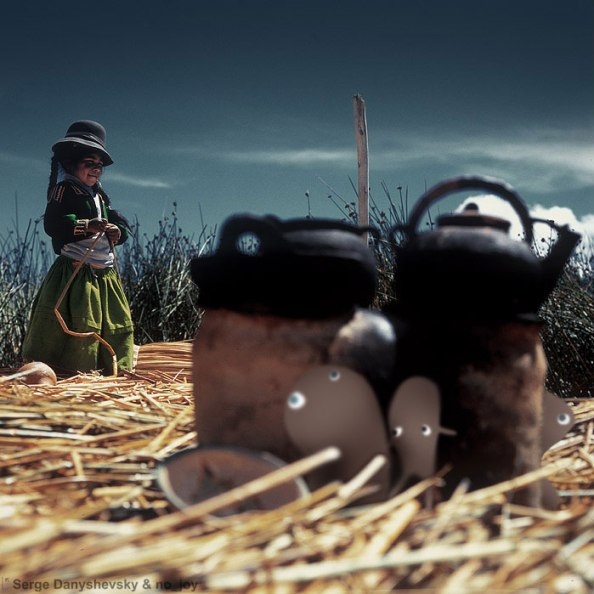 We have heard Sleepy Town Manufacture in all of our compilations including recently released Sutemos Live EP. And it is really delighting that on Western and Russian web sites you can find Sutemos.net just next to his name. He might be our very first resident. And we are really happy to have such a talented and always interesting artist among us.

For 8 years already Alexander Ananyev has been running this Project of sleepy town (his also known as Beautumn – creator of winderful ambient music). Sometimes Anton Lukoyanychev – another founder of STM – joins him, but it happens very occasionally lately. Alex has released 3 albums, more than ten virtual singles and featured all Sutemos compilations and now he present yet one more impressive part of his musical session - fourth album of Sleepy Town Manufacture – Inspired By You.

When asked about it Alex answered: „Well, it’s a nice album. We worked on it quite a lot and some tracks really took more time than they should have. But finally… here it is. You’ll also find some songs which is not a common thing for us and I hope it will not scare our listeners”.

“I would love to give some credits for the people who appeared in those tracks: Inna Nega – she sings in three songs, ‘Komnata’, ‘O Nei’ and ‘Long Time No See’. Lyrics and melody – it’s all hers. She’s beautiful and I really want to thank her.

Alex Kozmidi – he is playing guitar in ‘Papa Miles’ track. Actually it is his composition which he’s playing live in Germany pretty frequently. Evgeniy Gagarin – he sings in ‘So Soft’. I recorded this song three years ago, but lately decided that my voice is not good for it so I asked Evgeniy to sing this one” – Alex continued.

This is probably the most beloved released of Sutemos.net team so far and we strongly believe that you will love it as much as we do!