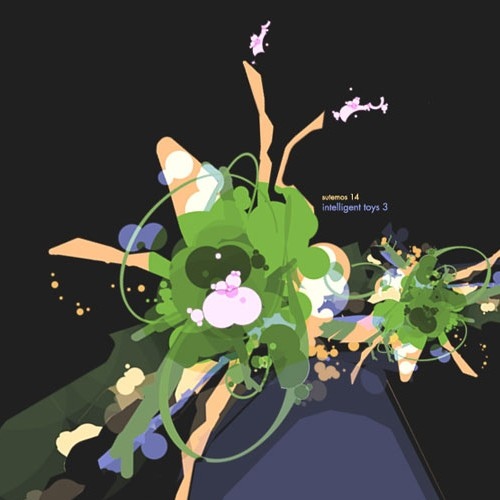 After the record braking second part of this series which contained 28 tracks in total we said to ourselves that we are not going to repeat such mistake ever again. But were not very successful in controlling our appetite – 20 tracks and almost 2 hours of ambient/idm/instrumental music awaits you in IT3. We are not saying that these are the best of the best (that would be too much) – these are simply the ones we love most in 2006.

Third part remains the same = all that matters here is music. And performing artists, of course. Intelligent Toys is like our family, our community so it is obvious that it is featuring artists that you already heard in our previous releases. We don’t want to change anything. At least until now.

Today we call them residents of Sutemos.net and it feels really great. It is also pleasant to have them on a signle release, not on 105 different EPs, singles or whatsoever. These are one of the most popular electronic producers that have released number of albums, featured many famous compilations and signed to many labels. These are: Manual, Digitonal, Subtractivelad & Bitcrush, Syntaks, Sabi, Ylid, Tim Koch, Sleepy Town Manufacture, Deru & Isaac Sparks, Maps & Diagrams, Joel Tammik, Bauri, Praveen, Ruxpin, Lackluster, Sepia Hours, Ochre, ENV(itre)…

We don’t expect you to discover anything new with Intelligent Toys 3. If any of the masterpieces touches precious piece of your soul that would be more than enough for us.