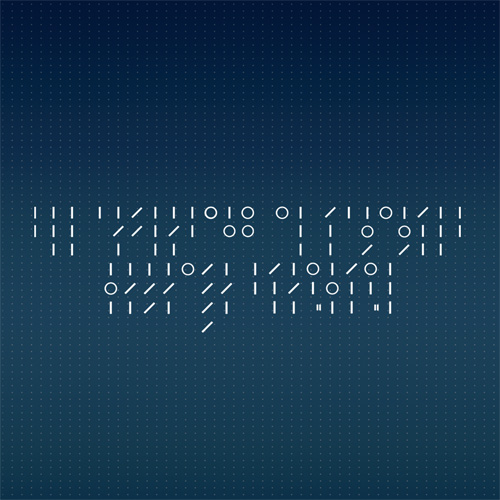 Unknown Language is the debut release by South London based ‘The Inventors of Aircraft’. A name which might suggest multiple members, but which is in fact the sole invention of one Phil Tomsett. I first became aware of the IOA after receiving a short selection of tracks to listen to. I was hooked. I asked Phil to write some more pieces with a view to releasing a full length album, he obliged, and ‘Unknown Language’ was born. As you will have doubtless gathered, the title bears some signifigance - you will not find any discernible text on the artwork for this release, visit www.theioa.com for their meaning.

These obscure symbols lend themselves well to the music, for ‘Unknown Language’ has very definite leanings towards the world of science and indeed science fiction. The album has a vast, almost monolithic sound that builds relentlessy. On the track ‘Passing’ it is not difficult to imagine that the title may be a reference to some gargantuan satellite, a slow paced yet immovable object casting a shadow over some desolate alien landscape far below.

The pieces meld into one another flitting between earthy and organic soundscapes to more overtly electronic and droney pieces. In the lead up to its release, the album has increasingly been one I turn to late at night. The opening track ‘All, nothing’ being the perfect introduction to the hypnotic underworld The Inventors of Aircraft so deftly weaves. Do not miss.