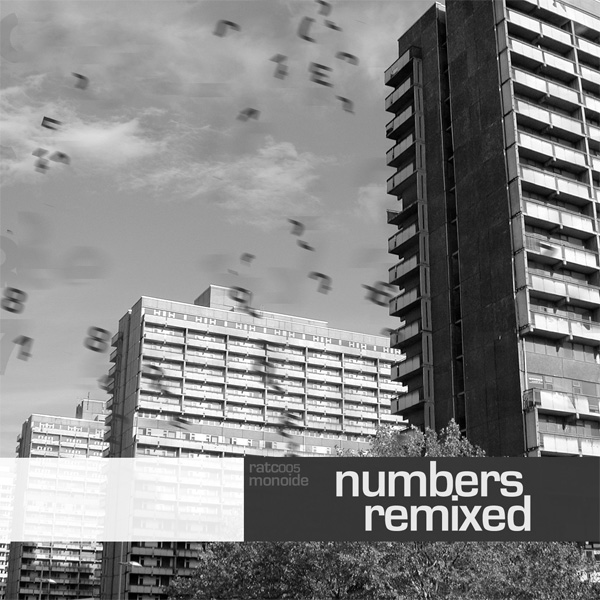 after his highly acclaimed “periodt” album (ratc001) and the “numbers” ep (ratc004) on realaudio.ch it was about time to see how realaudio.ch-artists would interprete monoide’s soundscapes.

denmark’s danny kreutzfeldt starts the journey with his debut track for the label. under his pseudonyme sgnl filter, he unfolds an ambient soundscape of immense deepness. kazooo catches the mood and leads the listener straight forward to the dancefloor, where niels jensen, from bern’s own label morris/audio is waiting to present his first track for realaudio.ch.

monostatic shows the more unpolished side of thomas lipka, which is enriched with a fresh bass by the debut track of digitalis from bern. surphase, which we already know as marko fuerstenberg, focusses on the same side and squeezes his virtual m-20 synthesizer for more bass. while sgis leads back to minimal and turns it into broken beats.

a beautiful journey through variations on deep and crispy themes.