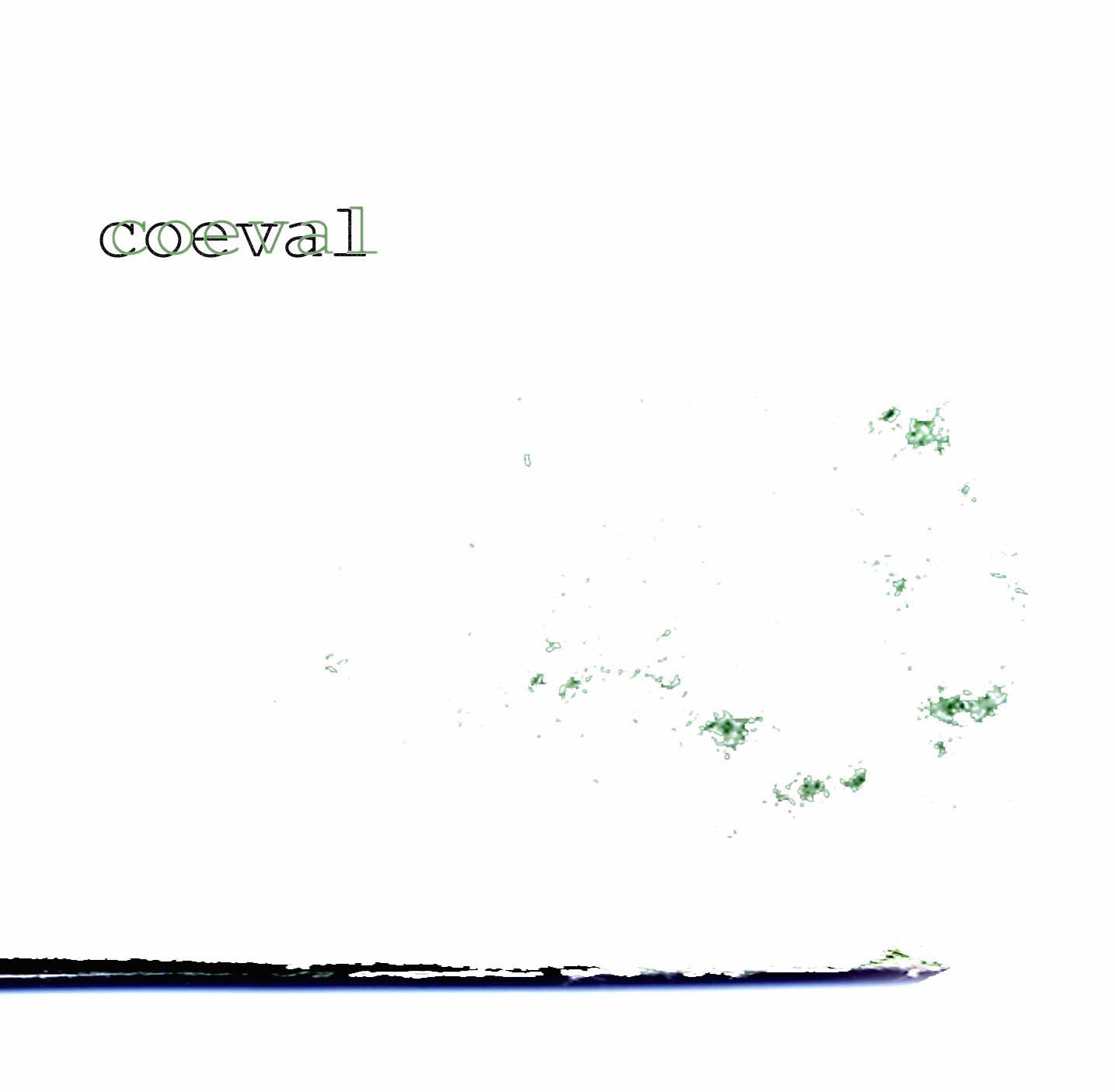 ‘distante’ is originally one improvisational work performed by coeval at sonar 2005. it was revised and then carefully divided into six parts in the studios for the release on -n. here are the descriptions of the tracks by j.c. blancas from coeval. we hope they will help you to understand and enjoy this beautiful piece of work fully.

the sounds in this track are found sounds of the studio ..the sublow frequency sound is the air conduct sound of the room ..i used a tube mic to record it and boosted it up a lot ..the compressed background noise was created similarly with vacuum ..i extracted and processed the reflected sounds that came through the conduct from the outside using various filtering techniques and added it to give the sublow sound some more details ..

this piece is constructed with multiple layers of drones of the sounds recorded in the ‘mazinger z’ building (vallekas, madrid) and some field recordings done in the mountains of madrid by jorge haro, uran and me ..you can hear some hidden sounds of cercedilla train station and the old train that goes to cotos ..it is a nice place to visit when you come to madrid ..

this is an experiment with contact mics, aluminum foil and a feedback patch ..the output signal of the feedback patch is used to polarize piezoelectricity of the metal, and i got some crescendo noise until the break as a result ..the end of this piece links to the next ..

again, these are some field recordings from cercedilla/cotos. they were recorded inside the forest near small water falls ..the sounds were mixed then with some other domestic sounds (coffee machine, microwave, glass, etc.) that i used in ‘ffg’ (a piece for a compilation ‘around sex,’ curated by jesus jara of cuenca school of sound art) ..

this piece is about wind. all the sounds in the track are computer generated sounds. some textures at the end were used in ‘sleeping nadja’ (a track for ‘upload folda’ compilation (ltwnet0001) on plataforma-ltw) ..if you have listened to some coeval sounds before, i’m sure you’ll recognize them ..

during the recording session of some pianist playing villalobos classical piano works in the studio, the drone of the fridge inside the control room was really loud ..i recorded it with a microphone while the pianist was playing villalobos ..the mix in the control room went great, so later, i stayed in the studio and did a rough mix with a loop of villalobos and the drone. i was going to reprocess it later at home, but i ended up liking it as is and decided to use it to finish the live at sonar ..