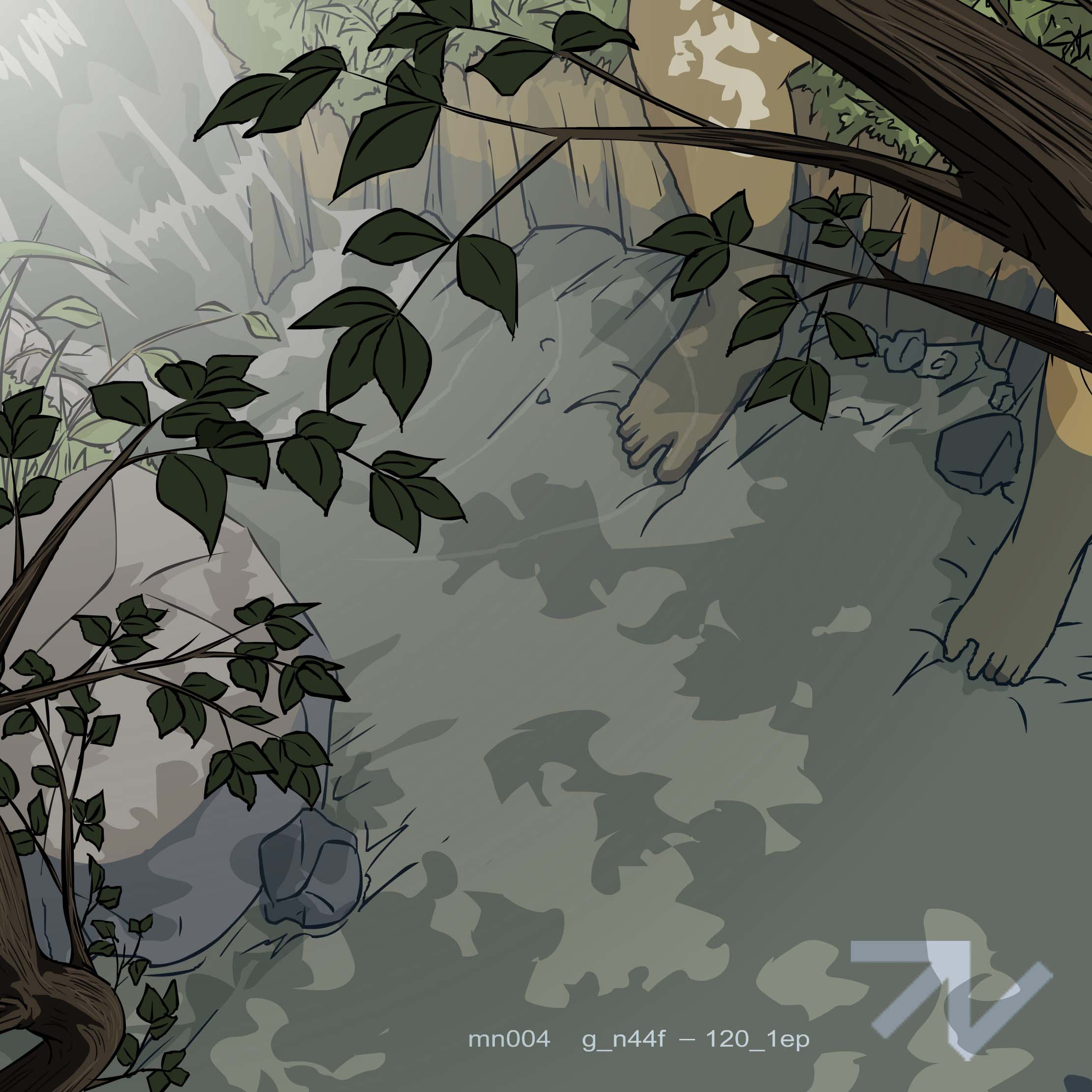 built around a running motif of crinkling, disparate bursts of spectral noise and fragmented sounds, proving once again that static can function as paint as well as thinner, this ep runs the gamut of being brittle and unyielding then wistful then mutably capricious, raising, thwarting and reworking expectations of what the music will actually do or where it will go. the music shifts so easily from humming, subterranean beats to flexible gumby rhythms with chirping, flying ninja melodic embellishments that there is no question that the machine have been allowed to run unattended since the ghost is definitely visible in the machine shifting the gears and tuning the works.

despite their ostensible minimalism, these tracks retain the element of surprise and development, conveying a definite sense of directedness without immediately giving away its direction or intent. you know where you are but not always where you are being taken, whether it is a droid track such as ‘rhyfer’ involving further into itself in a time scale that exceeds its own duration; or the languid, leisurely air of ‘akari’, whose lush synths and swaying beats evoke island vistas and shady groves; or the delicate pointillism of ‘drymonkey’ that retains its melodic and structural coherence while its rhythm and melody are thankfully unfettered and free to do as they will. then there’s a track like ‘suxl’, which will surely not reveal its charms to mere passersby. admission has its price, though the sliding scale fee buys a sliding scale of rewards.

in the end another listen is required, since knowing that you’ve been taken somewhere doesn’t mean you necessarily know where that somewhere is. - by milton d