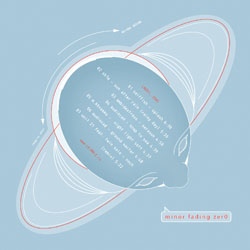 Leibniz is proud to present our first release. The compilation is opened by minimalistic track from Latvian artist Selffish, who is widely known for his ambient and dub masterpieces, some of which were published by the world’s most famous net-label Thinner. The track is followed by beautiful composition of young artist from St.Petersburg. Sk1e used to make melodic idm music, but then decided to try himself in house music, so as the result appeared to be a nice mix of melancholic melodies and traditional 4x4 rhythms.

The work of Ambidextrous from Moscow, who also started as idm producer, barely fits in his current musical likings. Serasun balances between tech-house and electro, featuring 80-th style melodies and easy mood.

Two tracks are presented by Audiocad, which is one of scene aliases of Kuzma Palkin, who came to St.Petersburg from Severodvinsk, the depth of industrial Russia to show his view on electronic music. During the past few years he was in time for working in a large branch of styles, concentrating on minimal and strong techno. Michael Khvasko, whose track is present next to Audiocad’s one, used to be a musical partner and collaborator of Kuzma, their moods and ideas have much in common.

The last track is featuring Twin Solo, a jazz duo from St.Petersburg, remixed by Unit 21, a very promising producer from Nizhniy Novgorod, previously released by Cobalt Rec. and Monotonic.