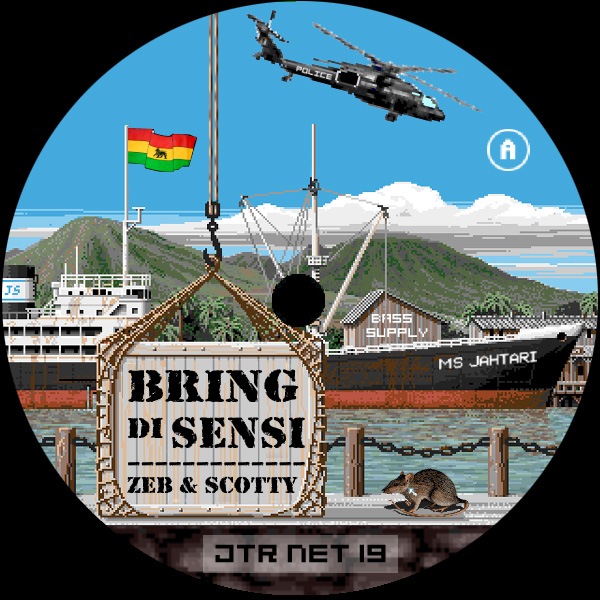 Two deadly vocal versions on the so-called “Bits Of Fury” riddim, which already has a little obscure past…

Side A features a live recording from the unforgettable show with disrupt, Soom T and Mungo’s Hifi at their hombase at the Glasgeh School of Art in Oct 2008. During the set Scotland MC legends Papa Zeb &amp; Daddy Scotty came spontaneously up on stage for a fistful of riddims, and both are riding this rough edged 8-bit beauty like there’s no tomorrow, making it one of the finest Ganja odes ever rolled. Soom T gives the lads a hearty cheers at the end - one more for the list of magic moments.

Side B is coming straight from the streets of Leipzig-Connewitz. Captured by chance during a cloudy freestyle session along with roots dudes Bankil and FlipFlop, Jahtari MC veteran Dressla delivers this brilliant street fighting anthem with the unstoppable vibe of countless sound system nights on the mic behind him. Soom T also joined in for some bits later - there’s no escape from this jolly lass.

The track recently appeared on the amazing compilation “Rage Against The Death Machine: 28 years of injustice - Free Mumia Now”, to spread the word about the case of Mumia Abu-Jamal and to raise raise money for continuing the fight for his release from death row.