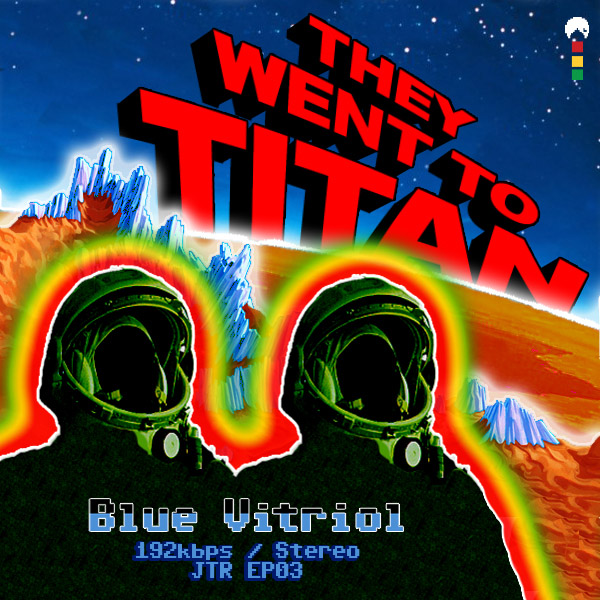 3…2…1…LIFT OFF! On October 15th, 1997 the largest interplanetary spacecraft ever built left Earth for the vast Saturnian system - the Cassini orbiter with its attached Huygens probe. After a seven-year journey through the roaring silence of space Cassini finally reached its goal: the majestic rings, dozens of frozen moons and huge Magnetosphere of Saturn that has intrigued human imagination for centuries.

TITAN, Saturn’s largest moon, is one of the most mysterious objects in our Solar System. Scientists think that its atmosphere resembles that of a very young Earth. The Huygens probe was released from Cassini in December 2004. Two weeks later it entered the murky atmosphere of TITAN and descended via parachute onto its mysterious surface. The ESA Huygens probe was the first to land on a world in the outer Solar System.

BLUE VITRIOL are supplying the soundtrack to every aspect of this revolutionary mission with their ‘THEY WENT TO TITAN’-EP on JAHTARI. A long journey to the outer regions of Dub itself, made for listening as a whole - over and over again. The dense atmosphere of TITAN becomes almost palpable in each track, every crag in the clifted surface of that strange moon an own sound. Hear vast Methane oceans moving in slow motion. Space suits hissing, scanner data transmitting, control lights flashing. Rockets igniting into the screaming magnetosphere, radar echos penetrating the thick clouds, echoing back around the rings of Saturn. Deep and lightyears away.