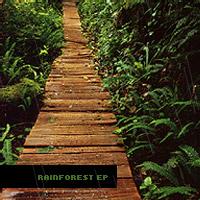 Recently discovered by the Epsilonlab Crew, Vincent Casanova’s music appeared as one could have discovered an unexpected pearl while cracking oysters.Delivering three pleasant sublime house tracks that unfold their personality in a very charming way, Vincent introduces his own definition of minimal and functional house.

His earlier days being a drummer can be felt if one pays attention to the distinct rhythmic architecture, as his tracks develop through shifting and variable patterns. Effortlessly Vincent drops locomotive beats that pull the precious melodic cargo to it’s destination. And as if it were not already good enough, the national Funk Ranger Paul Keeley sets the course by adding a damn nice remix of “Take Me Beyond”.