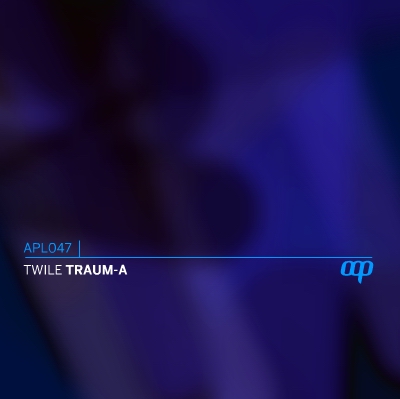 Twile, whose real name is Jarmo Huhta, is a Finnish, Helsinki-based musician with an MA in ethnomusicology. Having composed music for art exhibitions and theater and following a previous appearance on the Comatronic netlabel with his well-received “Chiaroscuro” EP (2005) described in the liner notes as dub-inspired and “saturated with sadness”, his debut on netlabel Autoplate brings to its listeners his own poignant and unique blend of dubtech and electronica.

The album title was selected for its dual meaning - “Traum” is the German word for “dream” while “trauma” refers to emotional injury or suffering as a result of experiencing an extremely stressful situation or physical injury.
The sounds are cinematic, designed to be listened to in seclusion, and the album as a whole is a manifestation of Twile’s belief that “what is contained in sadness holds the greatest potential for joy.” So Twile, as if assuming the role of a therapist, summons the misplaced world of dreams, childhood, and forest to offer a “sonorous cure.”

“Traum-a” reveals what Twile identifies as his four obsessions: filtered violin, glitch sounds, dub bass lines, and contemplative melodies. Going beyond standard dubtech, the tracks contain definite and extended harmonic arrangements. The first half of the album builds on the “four-to-the-floor” beat pattern while the second half relies on a more relaxed, less defined rhythmic structure. There’s a persistent, melancholic ambiance maintained throughout the album. Amongst these four songs one will find introspective, reverberating melodies conveying a sense of space and distance, violin samples bringing an undeniable layer of sadness, traces of glitch adding texture, and subtle beats and bass lines providing a solid rhythmic structure. Especially notable on “Sedna” are beautiful vocal fragments by Milja (Naava Projekt) exuding a human touch of pathos.

All tracks use samples courtesy of Holger Flinsch (“Loop of the Day”). ‘Sedna’ uses sample courtesy of Andrew Duke (archipelsamplepack_1_oct04.zip on archipel.cc).