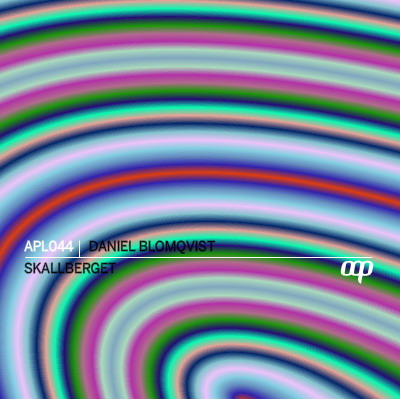 “Skallberget” is Daniel Blomqvist’s debut release which has found a natural home at netlabel Autoplate. Daniel has been experimenting with electronic music for 15 years - spending his leisure time “sculpting melody, noise and beat to fit what ever mood I happen to be in.” The songs took their form in the Skallberget region of the Swedish city of Västerås where Daniel resides.
Using a laptop, and being mainly a diversion, the songs were created over an extended period of time during the late evenings in the living room of his home which he occupies together with his girlfriend.

Daniel’s music is personal and emotive being inspired by events or moments in life and serving as a reflection of his mood. His music is varied, drawing its inspiration from several genres, although, ambient seems to be especially significant to “Skallberget”. The ambiance of “Skallberget” is smooth and harmonious - born of carefully selected sounds and samples and then meticulously sculptured into poignant soundscapes that are perfectly suited for nighttime listening - so you’ll not find anything coarse or overtly dissonant here.

The ties that bind these songs, that is, those qualities that give “Skallberget” its sense of cohesiveness, are the underlying ambient backdrop working in unison with the compelling emotional connections behind each song . Other musical styles are also at play here which are clearly intertwined within the aural fabric of “Skallberget”. “När Andra Sover” and “Själdestruktiv” are dub-inspired soundscapes with the former being minimal and sparse while latter is slightly more robust and dense. The misty electronics, beautiful melodies, and clear traces of pop-influences on “Juninatt”, “Cement Och Glas”, and “Frost” suggest some comforting pastoral moments. As alluded to in their titles, the melancholic melodies and hazy, static minimalism of “Risk För Ras” and “Midnatt Råder” hint at a late night urban landscape bringing to mind images of dimly lit, deserted streets. A blend of conversational voices, piano samples, and warm orchestral ambience on “Tjuvlyssnat” allow for a homey, nostalgic mood.