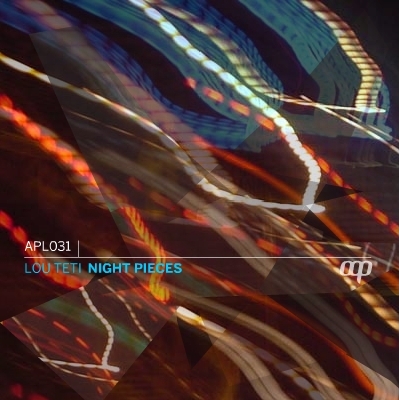 With “Night Pieces” it’s entirely different though. Those songs have been collected over the past few years, combining tracks where melodies originate from acoustic guitars but rhythmic bodies are created with electronic devices. With the guitar being his first instrument to learn 15 years ago, Lou has a special relation to this instrument, which is a rather intimate one as you might agree to after listening to this release.

Probably he turns off the mixing unit after his work as recording engineer, plays guitar and watches the sun setting and the night rising up. Later he adds an electronic sphere around his guitar sounds to make this atmosphere audible. Lou’s intention is to give the listener a chance to stop by - and think.

The opener “Days by” feels like a warm summer evening where all of your friends are invited. Sit down and talk about the time spent together. This mood created by a warm floating bass is enhanced by the acoustic guitar which adds a loose feeling. The sun is sinking and it’s still possible to feel the warmth of day.

Perhaps it’s the last time to see your friends for a long time because you are moving to a new city. Remember the first night? You can’t sleep and went out for a walk and put one foot in front of the other on and on again. Everything was completly new. You look around and the pictures directly float into your mind. Unfamiliar sounds fall into your ears and represent the contrast between the guitar and the low pitched bass. The noises echo on the walls like the drums “Stroll” uses. A few years later you move again. “Stoli Part 2” sounds like you went coincidently the same way you did the first time. You remember that first walk but this time it feels more homelike, with the landscape sound changing, these streets became a part of you.

In this town you lived you made a lot of new friends. One of them is walking besides you. You never imagined that this person would become a friend of you. But there were these little connections between each other. It’s interesting to see how these points react and interweave to a net, where aspects are created and similarities kept. Just like the Arrial Remix to “Stoli Part 2”. Lou and Arrial are connected to their favour of using acoustic guitars and combine it with electronic music. So Arrials Remix is the impression of an old friend who lives in the same city as you.