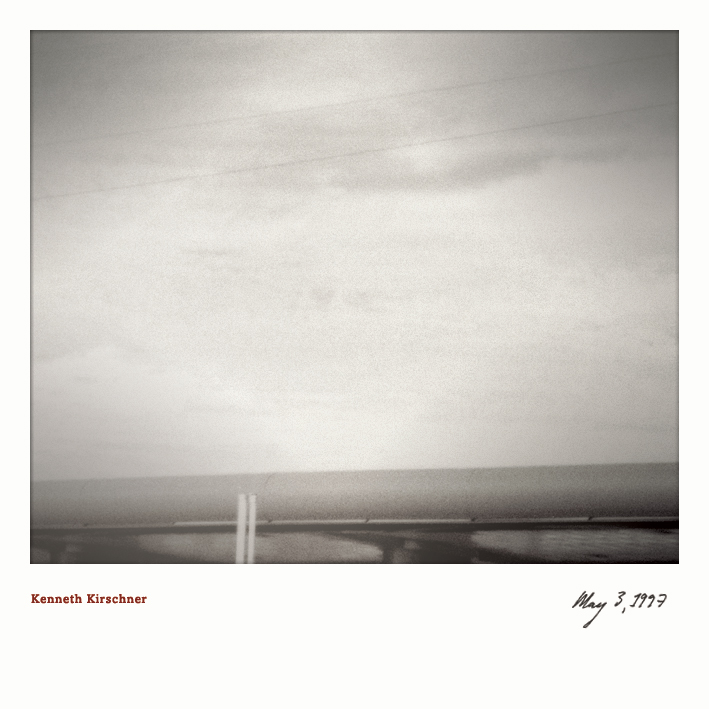 Kenneth Kirschner was born in 1970 in Princeton, New Jersey, and began studying piano at the age of 5. Starting to study Composition at College briefly he found the academic atmosphere of the time (1988) to be too conservative and stifling, with little support for electronic music or for experimental approaches. He therefore gave up studying Music academically and moved to New York City to develop his work on his own. Kenneth spent the 1990s composing and developing his style, while doing occasional commissions for ballet and modern dance. Being aware that soon the technology would exist to allow the online distribution of music, it was Kenneths ambition to make his work freely available online. He therefore turned to his old friend Taylor Deupree of 12k, and began a series of CD releases - all under open licenses - that have included post_piano, September 19, 1998 et al., and a number of forthcoming CDs, all of which have been a great help in raising awareness of his work.

Being asked on how he consequently labels all of his works with dates, Kenneth comments that when he was very young, he used to make up titles for his pieces which were terrible from Kenneths point of view: Just pretentious and awful, I thought. At times they even seemed to “damage” the music itself. I wanted my work to remain purely abstract, and for listeners to be able to bring whatever meaning or interpretation they wanted to it. In 1989, Kenneth ultimately decided to start using the dates on which the pieces were begun, and it’s a system he has pretty much stuck with ever since. It causes a lot of chaos, of course, as even I sometimes can’t tell which pieces are which! But it’s something that I’m very happy with philosophically.

On to May 3, 1997. The piano has always been an important part of Kirschner’s work - not least because it was the first instrument he ever learned, and the one he knows best. May 3, 1997 uses the “post.piano” patch described in his liner notes to the post_piano CD - it was in fact the first track on which he used this sound.

Kenneth: Basically, the sound is a single, 22-khz piano sample that has been stretched across the entire keyboard. In theory, this should sound terrible, as it’s the exact way you’re NOT supposed to make a piano patch! But I’ve always found it to be the most interesting and expressive piano sound I’ve ever created. Here, as previously noted, the patch uses a microtonal scale, which is another factor that differentiates it from a “natural” piano sound. But thats not the only element this piece consists of, as Kenneth continues: The percussion sounds, as I mentioned before, were all created by sampling various found objects - there are a few actual percussion instruments in there, I think, but most of the sounds are bits of junk I found, pieces of metal, silverware, random objects, etc., that were then further manipulated in the sampler. As for the white noise, well, I added that in because when I first started writing the piece, I was concerned that the inherent noise in the low-tech piano sample was very obvious and distracting, and I wanted something to cover it up with.

The result of May 3, 1997 is a magnificent composition, where each of the individual components (i.e., each piano motif, each percussion sound, each fragment of noise, etc.) was composed in isolation from the others, through a spontaneous, highly improvisational process. Then, using chance procedures, all of these short fragments were randomly arranged in a linear sequence. Over a long period, this rough version is edited down so that all the chance arrangements that “don’t work” are slowly removed, leaving only the interesting accidents. The large-scale structure of the piece is therefore random, but edited - the successful moments are retained and emphasized, and the unsuccessful ones removed, producing a final narrative that seems to have a certain logic and order to it, but which has really just “emerged” from a combination of chance and selection.