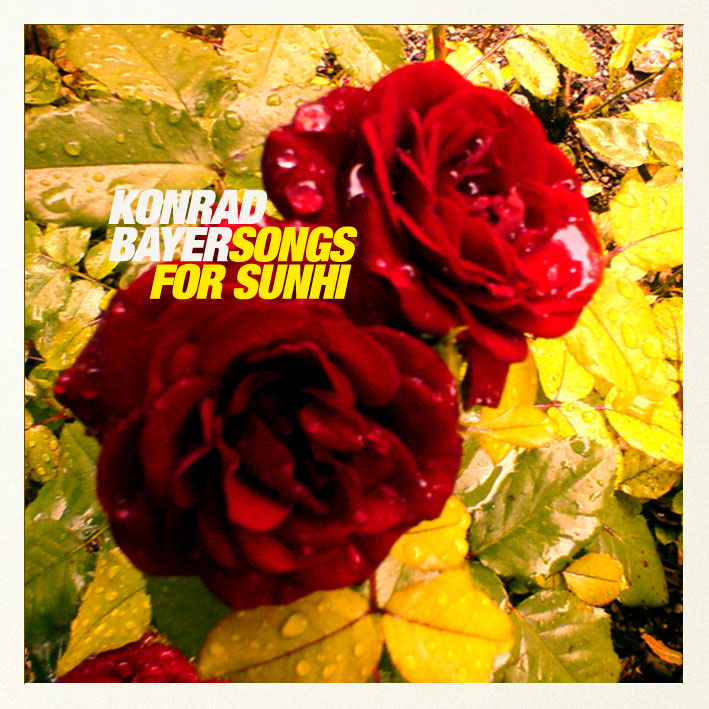 “Songs for Sunhi (Summerrain)” is the third part of a cycle of series by Munich digital-folk artist Konrad Bayer. After the works “Dreams of Leaving” on Genesungswerk, reflecting Autumn; and “Shall We Go To The Park?” reflecting Spring; it’s now time to dedicate a series of miniatures to the fading blossoms of the German Summer of 2004. This was no Summer at all, compared to the heat-wave of 2003, and Konrad makes sure you can feel that it’s been quite a rainy one.

“Soon-Now” is a short interlude to prepare on the rain, that is going to fall down on “Tokki”. In the background on “Soon-Now”, there’s a story narrated in Japanese about Binbougami, the Japanese ghost of poverty. Traditionally, ghoststories are narrated in Summer and are strongly crosslinked to rain and water. “Tokki” continues the direction of “Shall We Go To The Park?” and combines acoustic guitar with other odd curiousities to digital folklore. For “Tokki”, Konrad sampled a corean Kayageum picking-instrument - while “Tokki” means “Rabbit” in Japanese. “Kites” makes the listener travel to one of the largest cities on earth, while the citynoise slowly fades into melodies with the time passing by. On “Falling”, the clouds thin out for a little. Single sunspots let piano and guitar samples melt off the harddisk. “Stay” takes up the feeling of “Tokki”, since again it started to rain - nobody should leave now for “The Glassmoon” giving an introduction upon the parallel port of Ambient and Folk. The outro “A Maze” is a labyrinth of sounds, a guitar lick one can lose himself easily.

Konrad likes to thank krill.minima for the guitar-samples on “Tokki” and “Stay”, sarai.net for the samples on “Kites” and most thanks go to Sunhi.

Farewell Konrad, have a good and inspirational time in New-Delhi.