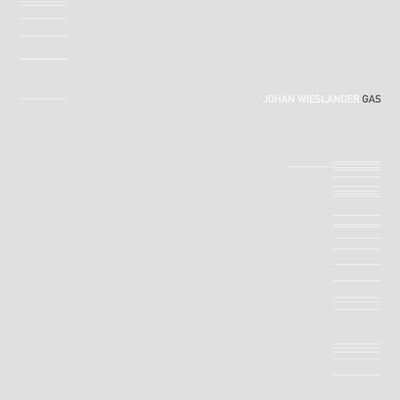 “Johan Wieslander might ring a bell to the one or other from his Force Inc MP3 Magazine contribution. He’s a swedish composer who delivers a digitally rastered testtone funk album on Autoplate.

With intense detailing, crackling and finely-tuned digital layers, the yet cold atmosphere catches you to listen very closely to the sparse, economically punctuated sounds. Lots of smooth transitions and blends create repetitive microintervals of stereo sounds. Within this space, sparks fly through whitenoise funk, while references come in clean waves and audibility progresses towards the tangible.”

Bio: — The Swedish software engineer Johan Wieslander uses audio programming and signal processing to create thin structures of sound and rhythm, and delivers a digitally rastered testtone funk album on Autoplate. He has worked with computer music since 1994 and his main areas of interest are in minimal and experimental music.

“Gas” is the first album-length release following the demo track “blue 321”, released in 2001 by the Mille-Plateaux mp3 magazine.