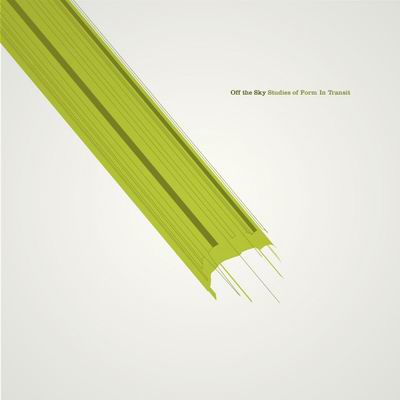 Off The Sky is another sideproject by Jason Corder, whose Subsource album “Inconnu” received major warm critics with its floating mayhem sounds and textures. I’m proud that i may release his new album called “Studies Of Lifeform In Transit” on Autoplate. Very warm, breathing layers of field recordings merged with ambient electronica unfold big, extensive dubby spaces. Endless, timeless looming tracks with easy sounds make this album an intense sensual enjoyment and especially on the songs “Mileece Reduction” and “Nonlinear Surface Tensions” the theme of the changing seasons is presented in perfection.

Notes by Jason himself:

“This group of songs (or ‘studies’, as I think of them) is a DSP-manipulation concept piece based around my visual and mental explorations of the often chaotic and unpredictable seasonal climates here in Kentucky where I live. Throughout the entire project, which spanned over several seasons, I spent countless hours wandering around outside capturing raw natural sounds such as frozen trees, wind through leaves and storms to use as textural backdrops. Most of the melodic aspects of the studies involved samples of an old piano and various guitars run through numerous DSPs over and over so as to remove any obvious connections to their sources.

The main production method I used to capture the extreme unpredictability of the weather was by setting up dozens of sample loops run through numerous effect chains in Audiomulch. Then by linking various parameters to several midi controllers, all the tracks were recording live in one take each. That way I think I was able to create plenty of little mistakes to give the whole album a somewhat loose, unpredictable feel - just as the skies are chaotic.”