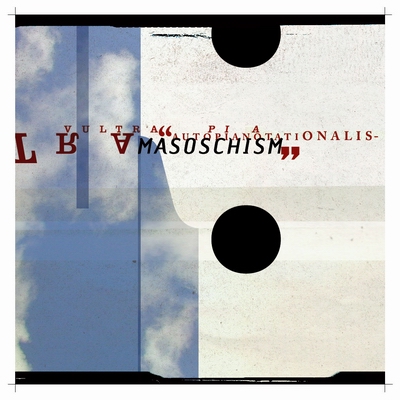 Vultrapia is one of the projects the american Jeff Surak is working under, together with the Puero Rican based Jorge Castro and the russian Yann. His project “Vultrapia” stands for large sonic headrooms and released an EP on Fukkgod, the netlabel maintained by Thomas Ekelund, and was high acclaimed. So it was no question Autoplate requested an EP, here we go with the first release in 2003.

Jeff: “Since Vultrapia is made up of several different individuals, I can only speak for myself. But since I was the “air traffic controller” for this release I can speak with more authority in regards to the work. For this release it was difficult to get all members to work on it due to time and space considerations. Most of the tracks were assembled by myself, and the rest by Jorge. All of the sonic material was pretty much done equally between myself, Yann and Jorge. But the assembly was up to me and Jorge. All in all it was a difficult album to complete. Unlike the first Vultrapia ep, when everyone was in the same room at the same time and we had a deadline imposed upon us. A much easier way to work, when it is all live.”

Sebastian: “I think you work pretty much with long evolving crisp pads and leads, seems like you dont search the devil in details, which is nothing bad.”

Jeff: “I think that is more due to time and space limitations. Drones are easy to execute, and easy to exchange small files over poor dialup connections. Nothing at all bad in drone music. It is just more expedient than tightly composed works.”

Sebastian: “Can you explain the intention behind the song titles?”

Jeff: “The track scali means cliffs in russian. The rest of the titles are related to Puerto Rico, where Jorge Castro lives. The album title itself is a run-on stream of thought…sort of reflecting the nature of a group that lives in several different countries at the same time. One sound leads to another…”

Sebastian: “Since the Vultrapia ensemble is located across different continents, how can one understand the working method you guys share … is it like sending samples in icq, or more like complete songs which get reworked by everyone a bit?”

Jeff: “Each track was different. For this album i collected most of the material from the members and for others i gave material to Jorge which he worked on and sent back to me and then i would continue working on them. Totally different from the first ep on fukkgod.org which was live in Zan Hoffman’s studio.”

Sebastian: “The fist track “Scali” with those harsh triggered heavy sounds in the beginning and this vast soundscapes later evolving and the grainmanipulated guitar strings … I could imagine you’re trying to describe a landscape far off civilization with yet untouched nature, needle woods ….”

Jeff: “Yes that is a good description of it. Since the title means cliffs, such a landscape is appropriate to the nature of the track.”

Sebastian: “Playa Resaca” - The tracktitle associates something hispanice, again i get the imagine of landscapes, a mexican desert at midday, very hot and dry, fata mogana …. short cut but pleasing, as the sounds are kinda warm. “X-Ophilia” beginning calm, later on develops to a clickish track with fine modulated, yet highly frequenced sounds … science fiction? “Patillas Sandwhich” is a seamless floating scape … On “Arecibo Radio” one figures first attempts with drawing a mysterious melody … later on drone analogue modulations, again very metallic and crisp, equal to “El Yunque” …

Jeff: “The listener is free to assign whatever connection that they choose to impose. Vultrapia is not a 100% digital music group. Even most of the sonic material that is manipulated using computers comes from outside the computer: guitars, voices, etc. My contributions are mostly made outside of the computer and are not manipulated digitally: they are just mixed in on the computer with the rest of the sonic material. So alot of the drone and stuttering sounds are actually acoustic instruments processed with regular signal processors.”