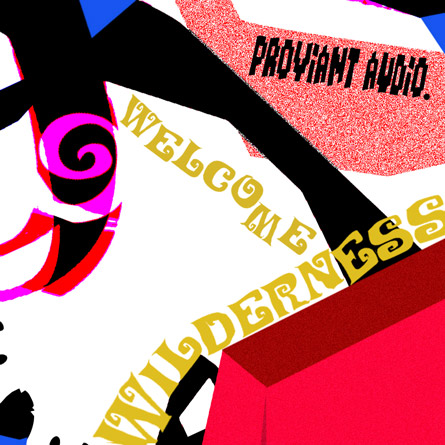 One minute and thirty seconds (1:30) into the title track “Welcome Wilderness”, some things really opened my eyes for this offering from our newest and youngest(!) prodigy: Chords so shamelessly simple (they shouldn’t work in theory) but so shockingly catchy. And when the track burst into full jazz effect at 1:56… Lovely.

The wilderness continues in a highly cultivated fashion with the aptly titled “Good morning, dear”. This is probably as straight (jazz-wise) as this release gets. There’s even a tasteful guitar solo at the end courtesy of Hans Mathisen. The electronics are back in full mechanical motion in “Configurate”. Are those bike-generated percussive sounds in the beginning? Avid Norwegian radio listeners will recognize this track from NRK Petre where it was played extensively last year. “Hello September” and “You gave Me no Choice” (what a bassline!) are great mellow tracks, but the drumming, which (unsurprisingly, given that Mathias has been a drummer pretty much all his life) is great throughout the release, give them the needed edge.

The two closing tracks are both more groove-oriented, providing great contrast and danceability, first in a kind of Norwegian electro funk fashion, and then in a wide screened-sonics-all-over closer with a hint of house-slash-ambient influence.

When the kid says “Det var hele” (“That was all”) at the end, you’ll probably do like me and start it over.

“Hello September” is dedicated to the dairymaid who changed her mind.