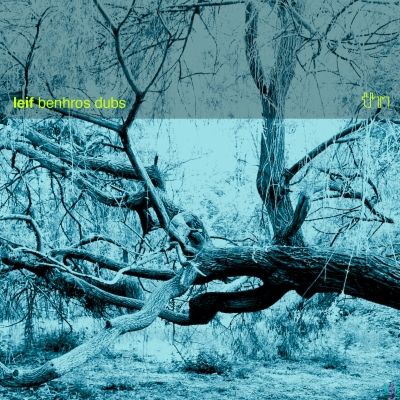 The 102nd release of Thinner features Leif, an artist hailing from North Wales. In between working in a corporate day job, partying hard, drinking a lot of coffee, and chopping wood to keep his house warm, Leif runs UK based label Trimsound with his close friends Tom and Joe Ellis. Next to numerous releases on his own label, Leif has had releases on Morris Audio, Moon Harbour, Frankie, Telegraph, Logistic, Textone, Archipel and Floppy Funk.

He also DJs and performs live with Tom Ellis as “Trimsound Live”, bringing together live waves of sound using hardware sequencers, laptop and live bass guitar. We’re very proud to welcome this multitasking talent, who introduces himself to the Thinner people with The “Benrhos Dubs” EP, a cycle of three techhouse tracks, both pumping yet full of smooth dubs at the same time. Additionally the EP features a remix by thinner native T-Polar, who has an album upcoming.

Starting with the moody “Long Way Round” Leif offers a moody pumping techhouse track with smooth dubs, perfect to utilize in a progressing DJ set. “New Growth” is more of a laidback nature and suprises with an airy flute. The claps are emitted in wide hall rooms and percussive elements dribble on a carpet of gentle moody pads. The third piece “The Tempo Of My Indicator” goes into a different direction, here the dry and quirky side of Leif is on his best behaviour, when he assembles sets of functional patterns by glueing frazzles of organs, vocals with a playful percussive potpourri. The cherry on the cake is the remix by T-Polar, who is grinding the original track in towards dark and humid canals, putting a massively saturated bassline, a yummy teaser for his next thinner longplay. Altogether, a box of diverse tracks, energetic and functional to spice up the night.