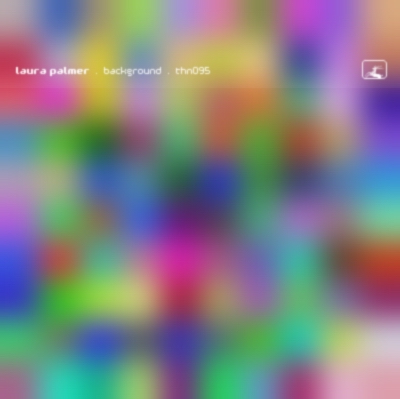 Mysterious artist Laura Palmer debuts on Thinner with an EP consisting of three main tracks and, as an added luxury, a potent remix by Marko Fürstenberg. “Background” seems to be a quite contrary title to what you’re about to hear on this release - Laura Palmer takes the listener into some darkly shaded, intoxicating timeless dubtech. All four tracks are centered around a dark dub theme and follow a basic pattern of an opening dose of minimal dub atmospheres followed shortly with the alliance of strong techo beats and bass lines that develop their own cosmos and fill the sonic headroom with many 3D sounds and effects.

All of the key elements of dub are present - atmospheric layers of static and hiss, punctuated notes, and minor-keyed chords loaded with reverb and delay. Intensifying this dub ambiance are steady, pounding kick drum beats and intense bass notes. Laura Palmer deals with the 2007 techdub topic from a more sequential side but still doesn’t refuse to experiment with breaky beats inside the dubby sparkling cosmos as in “Missed”. In the end the release sums up to a set of polished monumental clubtracks which request to get incorporate in your sets. Rush, spatial dubby offbeat sequences, a compact and fine functional pressure-laden record that gets crowned by the uber-thrusted feature remix of Marko Fürstenberg.