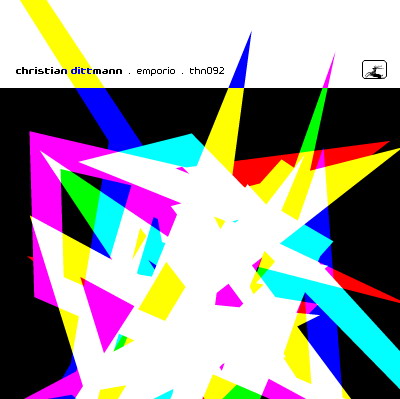 Taking its listeners another step further down that elusive path know as minimalism, netlabel Thinner delivers an EP of minimal stickiness from Chilean electronic music artist Christian Dittmann. With two previous solid netlabel releases behind him, “Cosas Simples EP” on Archipel and “Cactus Y Volcanes” on Thinner (where he joins Jorge Cortés as one-half of Alta Infidelidad), as well as physical 12” releases on the German label Rrygular and the German label Echochord, Christian makes his first solo appearance on Thinner with the alluring and exotic sounds of “Emporio”.

Beyond the obvious musical influences of techno and dub, the elements of “Emporio” are of two kinds. The first ingredient is explicit and definable whereas the second is intrinsic, almost mystical – rooted in the experiences and emotions of it’s creator – and only revealed in a minimal way.