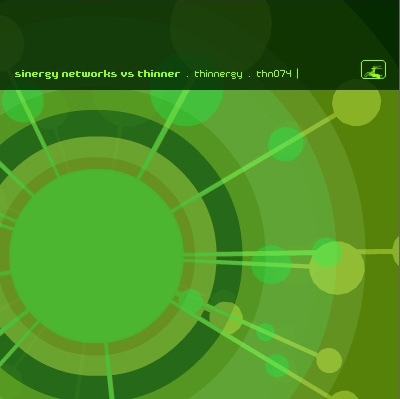 Finally we’re proud to present the longawaited cooperation release with the fine spanish Sinergy Networks Label. Before we continue with the (usual) release description, some words about Sinergy.

Sinergy Networks is a netlabel managed by Luiz Ortiz / L.O.D. who got socialized with electronic music being 17, working in Ireland setting up sound systems at different venues. Being a passioned music lover, Luiz found the Vinyl/CD Label ‘Klitekture’ 2001 in Gran Canaria. Klitekture has meanwhile had releases by Sutekh, Mikael Stavostrand and Deadbeat amongst other split EPs. In addition to ‘Klitekture’, the netlabel Sinergy Networks was created early 2003 to experiment a bit more on electronic music, applying the theory of sinerism to music production.

Current Sinergy Artists are Funzion, Gurtz, Abstract Groove, Pep Gaya, Franco Cinelli or Tupperwear. Altogether, the label has been very active the past months by doing new releases in a rhythm of 2 weeks, providing damn nice releases related to minimal house/techno. Thinner and Sinergy Networks share similar circles of interest regarding certain types of music, so we thought of getting together, becoming allies.

So, for this special occassion, we present four artists known from their Sinergy releases and have four thinner artists doing remixes. According to this release, there is a pendant release on Sinergy-networks.com (SN021), that features those four thinner artists with their own tracks, remixed by Sinergy artists! Go download! - but first take a listen to this package, providing 8 new tracks!

Bern from Lille, France, who has recorded 12’’s for the cologne based Traum Label starts off with the (maybe) most reduced track ever released on Thinner (it’s similar reduced as Thomas Jaldemark’s ‘Highway Patrol’ from THN001!). If you listen carefully you’ll find many mini-bleeps, crackles & pops spraying like a campfire during darkness, forming an abstract rhythmic building. We thought that Bern’s song could need a Pheek treatment aside Thinner’s, so there goes his Acid mix, that sounds like a breeding mixture of organic chemical ingredients getting stired in a huge metallic bowl.

‘Minerva’ by Funzion is a classic floating minimal dubhouse tune like we haven’t had it in a while on Thinner. Consisting of a few functional elements you’re easily put to seesawing. The remix of Theodor Zox is more complex and crisp in detail, cutting off the hook melody however keeping the tonal sequence. Nice!

Next up is Gurtz from Buenos Aires, a promising talent and also an artist who has been in the focus recently with releases on Stadtgruen and a compilation track for Clevermusic. ‘Klok’ from Gurtz sounds like the pure summer, mellow pads combined with warmth and minimal rythmic details that feel like a sunrise. Smoothness! So let’s hear the starbreezing transformation of secret agent deluge from Montreal. He truely sequenced a profound shimmering gem of glitter pads and sparkling effects that dive within the warm spaces Gurtz original track has left!

Last but not least we have the contribution ‘Sol’ by Luiz Ortiz himself aka L.O.D. with the Marko Fürstenberg remix, a solid dubhouse icon. While L.O.D. balances his mix out, Marko’s version is a little more straight, securely persecuting the flow of the original track.