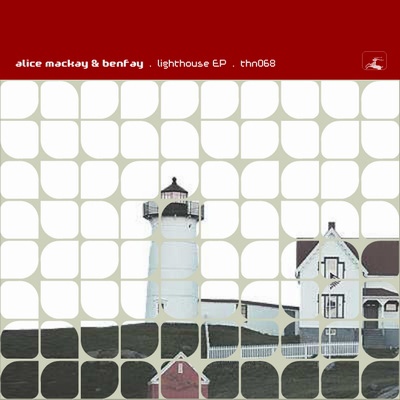 2005 starts with an rather unusual release for Thinner. Consis- ting of four gems, the ‘Lighthouse EP’ is a minimal vocal-house EP that might surprise for it’s poetic song passages within the minimal house frame. This 3-tracker is the result of the first collaborative effort of the ever versatile Benfay with the irish singer Alice Mackay, currently residing in Scotland. Additionally Niels Jensen, one half of the Morris Audio/Trapez act ‘Dialogue’ remixes ‘Jump’ together with the Zurich DJ Eli Verveine.

Being experienced in working with singers before it wouldn’t be asked too much of Benfay to work with a singer in the field of minimal house. Having studied the double-bass at the College of Music in Berne, Benfay is a creative composer who utilizes his many different influences of electronic and acoustic music while composing a song. Due to his many projects, ranging from clash poetry with Jürg Halter, where he uses to accompany with electronics, or the Drum n’Bass liveband ‘Foxtrott’, Benjamin Fay’s versatility could never be reduced to one particular style. So, opening 2005 for Thinner it would be a good chance to walk on some new paths.

The three songs of the “Lighthouse EP” have quite a story. Originally it was during Christmas 1999 when Benfay and Alice spontaneously recorded her songs in Dublin. Back home in Berne the songs got reworked. Alice liked the results but it would take another while until Benfay builds these three tracks upon her voice, cutting the sequences into parts and giving new meaning to them. The project will be continued as Benfay will travel to Scotland in February 2005 to record some new songs with Alice.