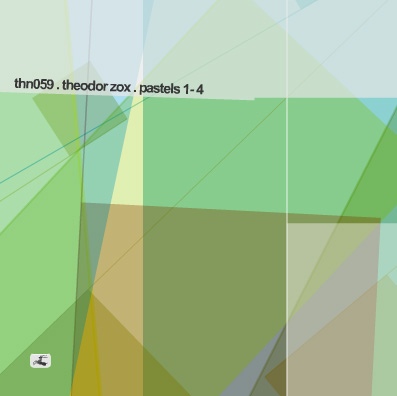 Theodor Zox age 26, was born and raised in Copenhagen Denmark, where he lives and works as a graphic designer. His love for music starts at a very early age, when his father, a disc jockey of the 70’s, exposes him to Jazz, Funk, Disco, Dub and Kraftwerk. Theodor buys his first Computer and Keyboard in 94 and immediately starts working on his first musical experiments. Later that year he hears Basic Channel and Detroit Minimalism on a local radio station for the first time, for when he musicwise found his true calling. From that point he dedicates most of his music making time in finding out what makes this music tick. Being a very discrete and perfectionist person, he spends all his spare time learning about and writing music for himself, and his close friends. Theodor is the sort of musician who can easily work for months on one single piece of music, being fully aware that the particular track will never get further exposure, because he’s hardly satisfied with the result. From 1998 - 2002 he lost all interest in exposing his music to other people, to spend all his time exploring and learning new tools and techniques. In late 2002, with the birth of his son, Zox finds new inspiration in music - the most productive period of his music making starts.

Musicwise Theodor now settled in the deeper end of Techno & House minimalism, where harmony, texture and propulsive rhythms are the most important ingredients. Therefore the “Pastels 1-4” EP on Thinner is a prime example of a unique and modern approach to Minimalism, with new techniques and a very clean sound. Theodor manages to spice up his Minimal House outlets with sharp and concrete hisses, pops and bypassing pads. Zox effects a feeling that every oh-so-little sound is truly defined.

The four track EP starts with “Oker Motion”, synth pads dripping from the ceiling that get framed in by unordinary basslines and tactical beat programming. “B.Script” is a dry and clean rocker - edited on every end with funky basslines and groovey stabs. A groover that makes your feet tap immediately. Zox doesn’t need a delay hideout and also doesn’t deorientate in wide hallrooms. His sound is very concentrated and can be fairly easy described being clever. “Deep Fog” is even more full with dry scatterplots and waving basslines. Smooth pads float by like clouds in the background. The fourth cut “Dawn In Blue” reflects Theodor’s ambient origins with skillful floating pads. The glassy bassline and very versatile playful elements make this song a secure hit for warmer days.

Theodor Zox has releases upcoming on various other established labels, so you should take notice of him again shotly.