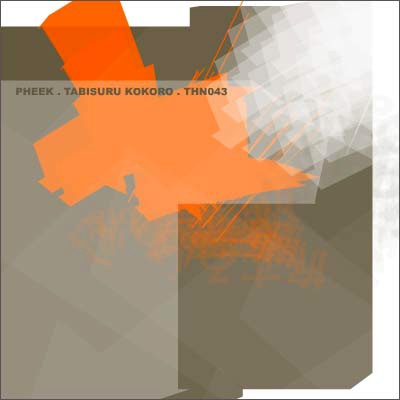 Jean-Patrice Remillard aka PHEEK is a longtime activist in the minimal house scene and member of the EPSILONLAB collective, a reknown organization that host the most lively parties in the minimal melting pot called Montréal. Former projects and collaborations together with Mateo Murphy on Hautec and with Mitchell Akiyama on Intr_Version brought the first recognition for Pheek, but he became wellknown in Montréal through his remarkably intense livesets. The word was spread, so in 2002 and 2003 Pheek successfully toured along with ELOI BRUNELLE through Europe.

His full EP debut on Thinner features songs that were inspired from the movie called “Silent Runner” - Pheek tries to redefine his own soundtrack here. The songs were produced in Montréal, Neuchâtel and Lisbon. Including the strong remixes from TAHO (F-Com, Substatic), Mateo Murphy (Turbo, Tronic) and JEFF BENNETT (Pokerflat, Epsiode) this release is an impact!