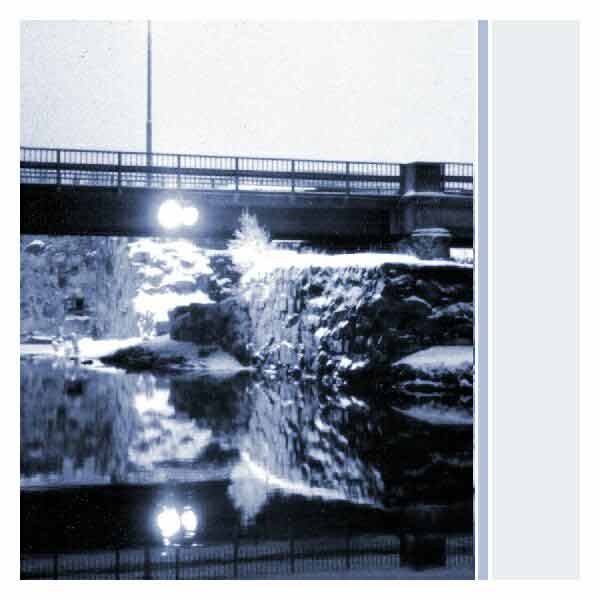 Everybody knows the finnish electronic music scene has been rising continuesly since years and many inspiring artists made up their way from the northern shores of europe to the headphones and livingrooms of musically likeminded people.

Unlike the usual way goes with submitting demos to us, Thinner asked Blamstrain for permission of releasing those tracks as they weren’t send to us originally, but found by me on Blamstrains webspace hosted by the big finnish katastro.fi collective. I was really keen in getting those tracks for Thinner as they really mean much to me. I hardly havent heard such original masterpieces of reverbed soulful dub ambience which have a unique deepness and swabs of nordic melancholy. To my big surprise Blamstrain told me that he is only 16 years old and known already from being a member of the Tpolm collective and operator of the northern distributor suojain.com (distributes mostly finnish idm records).

Concerning the music it’s very original cold ambient dub which reminds me strongly of the early output of Vertical Form (likely “Pub” to be mentioned here) or the spheres that Vladislav Delay does. Very inspiring and catchy scapes which make you escaping from your usual feelings when listening to dub electronica. Tender freezing layers out of the heart.

On “Reimari” frozen fragments of icy layers tickle your ears, underlined with spacey voices and heavy bassy beats. The music reminds Blamstrain of the windy climate when sailing on a lake by boat. The fragile “Nyt” (engl. “now”) scrapes the crumbs off the platter while subtle sine volcanos erupt and flow. Juho told me he titled it “Nyt” more out of surprise during the composing, since he began to like the track. The lofi glitch sound of “Kuluntalahti” makes me feel see positive lights underneath the heavy clouds of melancholy. Blamstrain used to live in the small village called “Kuluntalahti”, i guess it maybe kind of rememberance to childhood days. On “Misfire” time seems to stand still in this sonic environment. You can hear tapping noise like raindrops which is dropping from limestones. Slowly dampened picks of a melody arises together with cuts and queues of other fx. Juho teached me there’s a relation to misfiring.net going for that track title.